All eyes were on the bevy of gorgeous celebrities that walked the red carpet at the 2011 Primetime Emmys on Sunday in Los Angeles. Which actresses were dripping with thousands of dollars in diamonds?

Actresses like Nina Dobrev, Kate Winslet and Christina Hendricks brought designers like Donna Karan, Pucci and Marchesa to life on the red carpet at the 2011 Primetime Emmy Awards. One thing’s missing with all the talk about Emmy dresses: the jewels! Celebrity jeweler Neil Lane provided millions of dollars in baubles to some A-listers at last night’s Emmys. You aren’t going to believe the rocks these ladies, uh, rocked during the show. 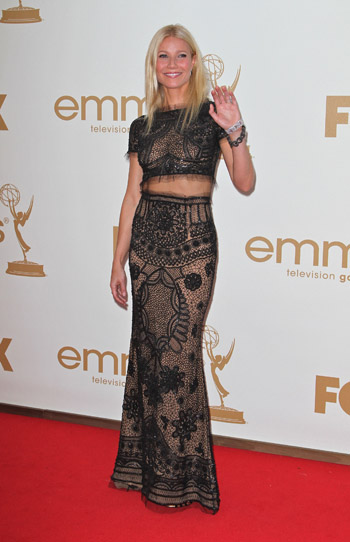 Gwyneth Paltrow went all out to celebrate her nomination for Outstanding Guest Actress in a Comedy for her multiple episode stint on Glee. The GOOP founder wore a midriff-baring Pucci dress, along with a 300-carat diamond and platinum wide bracelet worth $300,000, a 50-carat black diamond link bracelet set with hundreds of black diamonds in darkened gold worth $175,000, a five-carat diamond, black onyx and platinum cocktail ring worth $25,000 and a seven-carat pair of earrings with large emerald black diamond and a platinum drop worth $50,000. 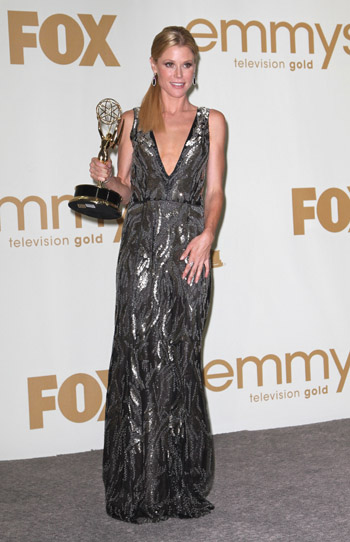 Modern Family’s Julie Bowen won one of the hit ABC comedy’s multiple awards, nabbing the Emmy for Outstanding Supporting Actress in a Comedy Series for her role as Claire Dunphy.

SheKnows has all the scoop from the Emmy red carpet!>> 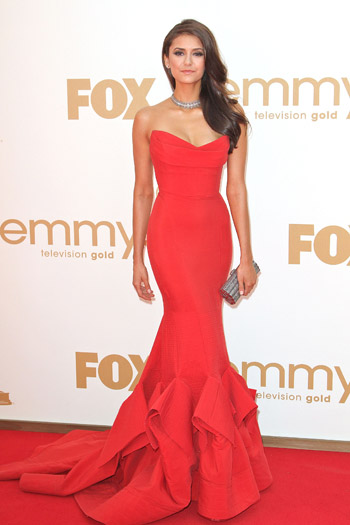 The Vampire Diaries vixen Nina Dobrev stole all of the Best Dressed lists with her red Donna Karan stunner. Her Neil Lane accessories didn’t hurt, either. The actress sported a 19th century Vintage Vibe choker in darkened gold with 50-carats of diamonds and simple diamond and platinum stud earrings. 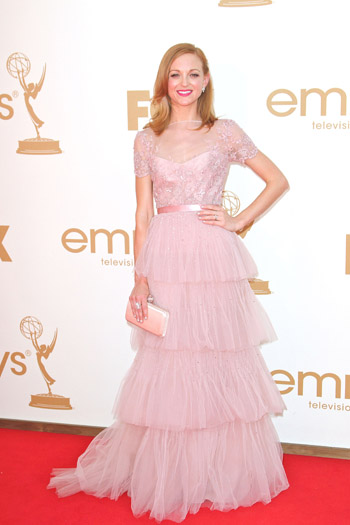 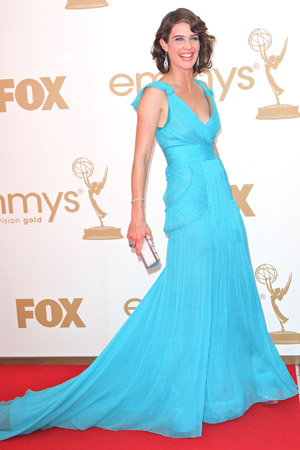 TELL US: Which celebrity’s jewels are your favorite?