Check out our Emmy-approved looks from three of the shows up for Best Drama and get on your way to looking TV-ready. Margaret Schroeder (Kelly Macdonald) from Boardwalk Empire, Cersei Lannister (Lena Headey) from Game of Thrones, and Joan Harris (Christina Hendricks) from Mad Men. 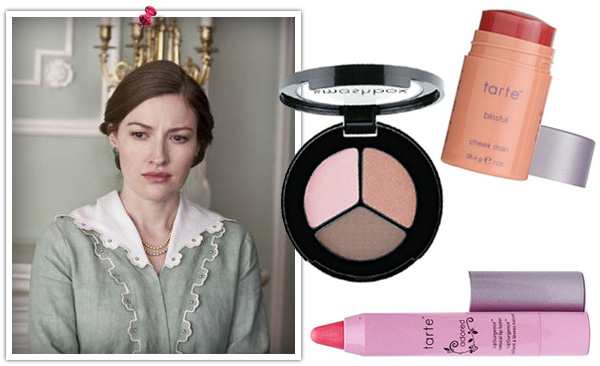 First up, we have Margaret. She’s a young Irish immigrant and stunningly beautiful. She goes to Nucky Thompson (Steve Buscemi) for help and ends up as a widow and his mistress. Boardwalk Empire is set during Prohibition, and soft makeup was the norm for the day…unless you worked in a dance hall. To get Margaret’s soft look, try Smashbox Photo Op Eye Shadow trio in Multi-Flash. This trio has a highlight for the brows, a soft pink for the lids and a soft contour. Just enough to give your eyes some definition without overdoing it. Now, Margaret would probably have pinched her cheeks for blush, but you can get that look with Tarte Cheek Stain in Blissful. Just enough color to look natural but glowing. And it stays on really well. For the lips (which might have been bitten, though lipstick was certainly all over the place back then), we suggest Tarte LipSurgence in Adored, a soft pink but with enough color to make her stand out in a crowd.

Up next: Cersei Lannister from Game of Thrones >>