Following the 10th Anniversary of September 11th, many people are wondering about the history and the progress of the Freedom Tower. Learn about the building that will be the tallest in the United States here.

Related story Teachers Don’t Want Schools to Close Again Either, But We Do Wish You’d Occasionally Listen to Us 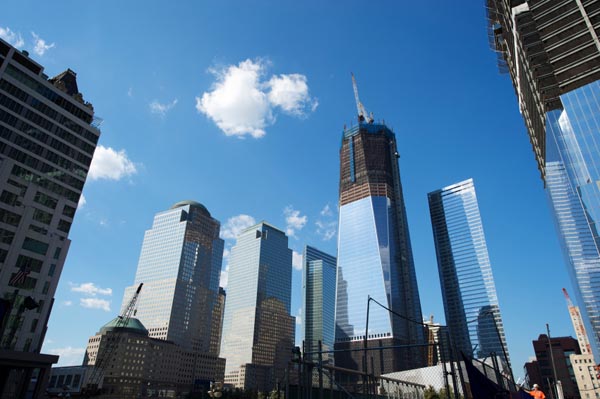 After the World Trade Center towers were destroyed in the September 11th attacks, many wondered how to rebuild and more importantly, how to honor the nearly 3,000 victims who lost their lives on that awful day.

The answer was Freedom Tower (although it has since been renamed) and a 9/11 memorial that includes the names of all of the victims.

The National September 11 Memorial was dedicated yesterday, on the 10th Anniversary of the attacks. As is described on the 9/11 Memorial website, the memorial “fulfill[s] [the] obligation to never forget by opening the National September 11 Memorial in a dedication ceremony attended by thousands of victims’ family members. For the first time, these families are able to touch the names of their loved ones, now inscribed around the sacred tower footprints for time immemorial.”

It took over a year to clean up Ground Zero — efforts continued round the clock until May 2002. Over eight years later, the Memorial is completed and open to visitors (it opened to the limited public today) and construction of the Freedom Tower, now called 1 World Trade Center, is well underway.

Controversy has surrounded the rebuilding plans from the beginning. Daniel Libeskind, who was originally chosen as the architect for the rebuilding project, now serves as the master planner. However, none of the buildings being erected at Ground Zero, namely the Freedom Tower, were designed by him.

Construction of the Freedom Tower, a 1,776 foot building, is scheduled to be completed in 2013. While it seemed slow for a while, construction really accelerated in 2010 and the building reached the halfway point of 693 feet that December. According to History.com, the building was called Freedom Tower by New York Governor George Pataki because it would represent New York’s (and the United State’s) triumph over terrorism. Freedom Tower was renamed 1 World Trade Center in 2009.

For now, if you’d like to visit the memorial, click over to the 9/11 Memorial site to reserve your visitor passes and to get additional information. You’ll be able to see the ongoing construction of the Freedom Tower as well.