Their music may be magic to our ears, but their outfits can often be murder to our eyes. Pop stars are notorious for toeing the line between trendy and tasteless–and at last night’s MTV Video Music Awards, a few songbirds missed the mark entirely. Check out our round-up of the evening’s top 10 worst dressed below!

A matronly silhouette clogged by an obnoxious print left us pining for Miley’s more scandalous days. We’d take a leather mini any day over this decidedly disgusting dress. 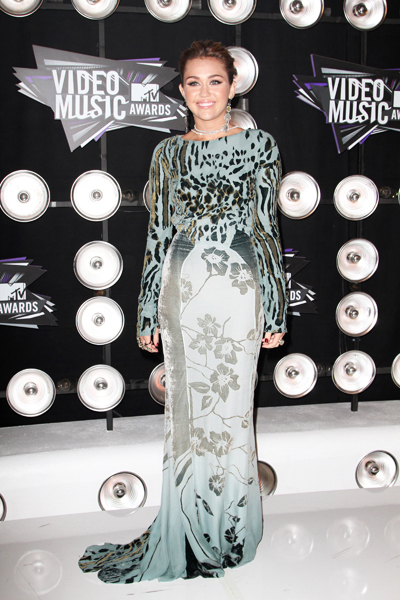 We wouldn’t expect anything less than annoying from the costume-happy pop star, but this Asian-inspired get-up may be one of her worst. 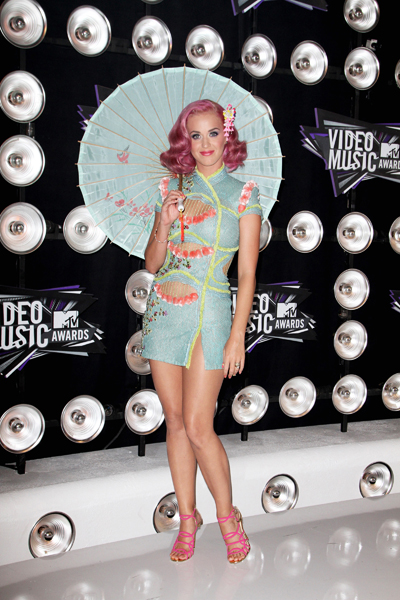 Nikki always looks like a living doll, but at the VMA’s she looked like a repossessed Toys R Us . With bows and baubles and more colors than the Crayola 64 Big Box, we’re wishing she’d leave the crazy pantones to Lisa Frank. 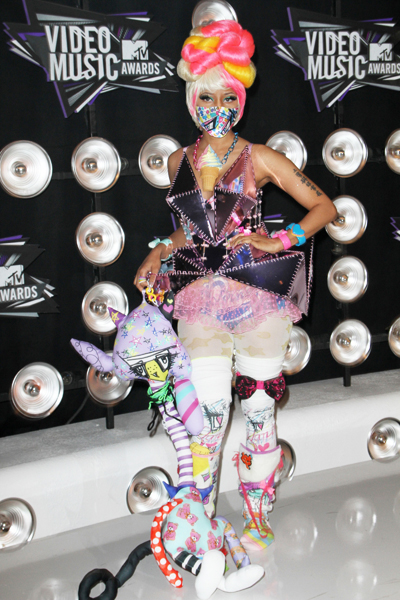 Why does the cast of Jersey Shore always look like they’ve raided a drag queen’s estate sale? Cheap looking sequins, gobs of makeup, and awful hair are enough to secure these girls a permanent position on any worst dressed list. 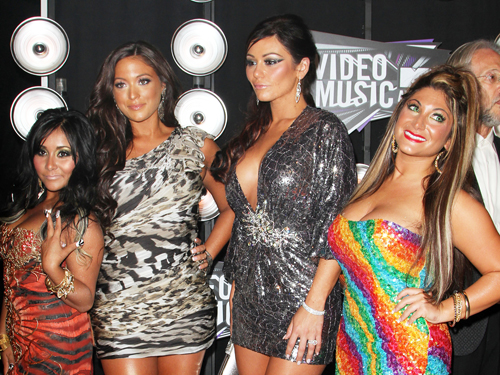 What’s singer JoJo storing in those side pouches? Her ill-fitting frock looks like the Adams Family on trash day. Paging Selena Gomez for style tips, can you help a fellow pop star out, please? 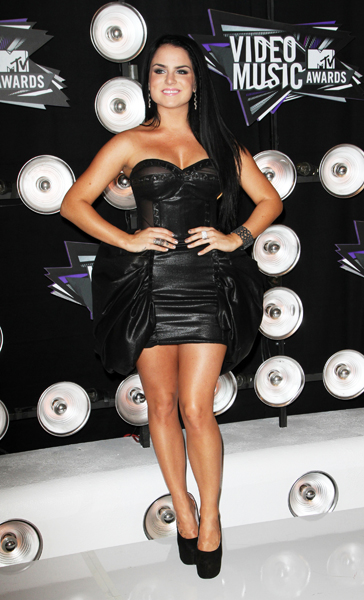 Ornate embellished tights are a cute way to show off her leg brace, but the skimpy onesie has us wondering if there’s a bunny tale on her behind. Isn’t the pants-less look so two years ago, anyways? 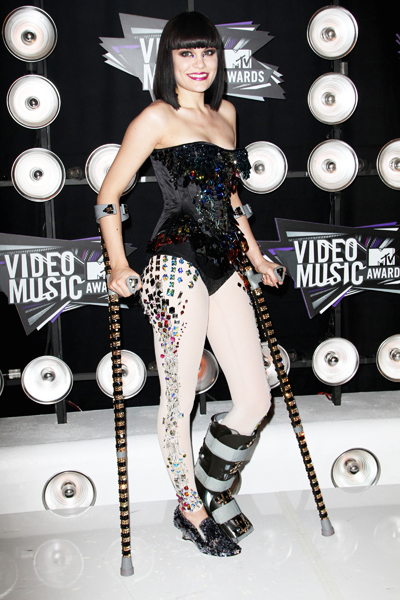 This teen pop duo had an eccentric vibe going on that thoroughly channeled Madonna via the early ’90s. All they need are some cone-shaped bra’s and high ponytails. News flash: It’s 2011. 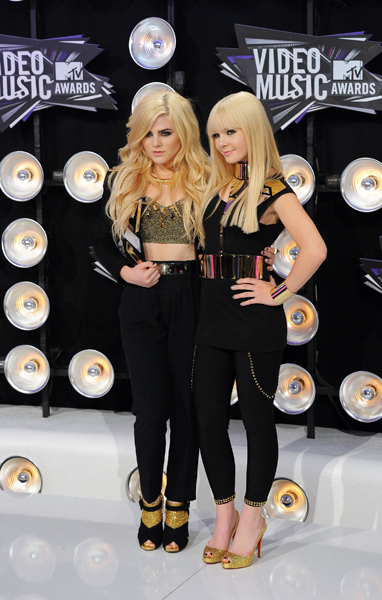 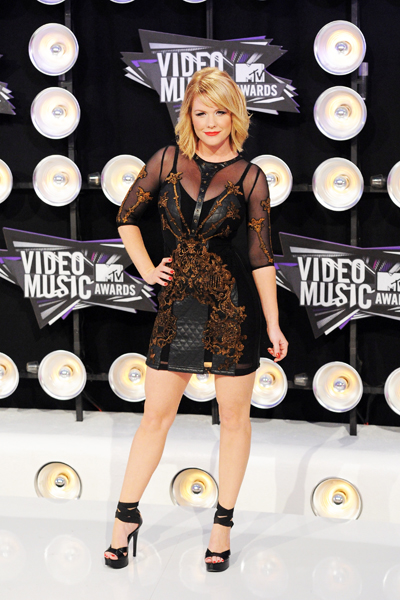 Singer, song-writer and model Nayer really showed her crimson side in this bright jumpsuit. Though we loved Beyonce’s fire-red gown, we’re a little red in the face from this parachute-style pants jumpsuit. 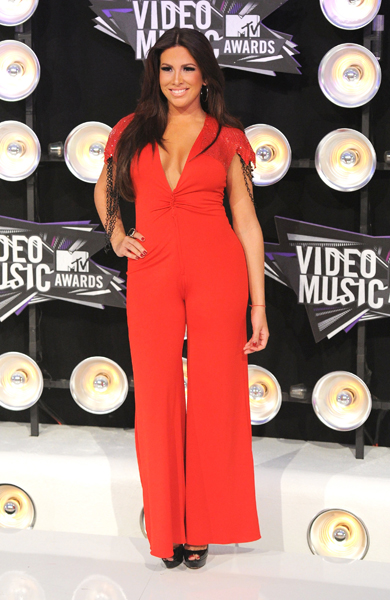 Though we say to go big or go home when trying to accomplish a style statement at the VMAs, this doesn’t apply to crude or crass looks. LMFAO have a very loud style (to say the least), but is the handprint really necessary? 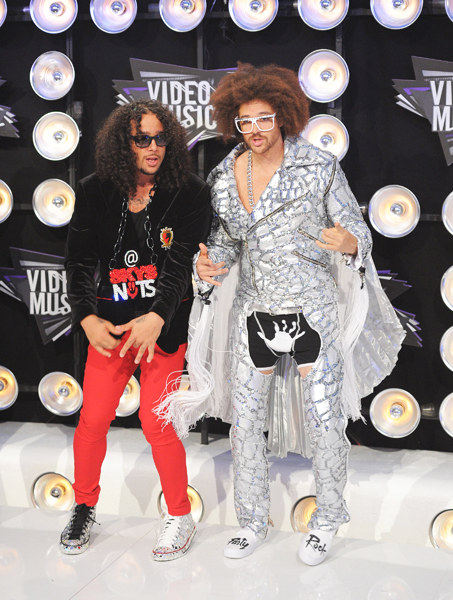