Now that Kim Kardashian has been married just a few days, Khloe’s almost been married two years and Kourtney is happily co-habitating with Mason’s father Scott Disick, is it time for Kendall and Kylie Jenner to take over the Kardashian-Jenner spotlight? 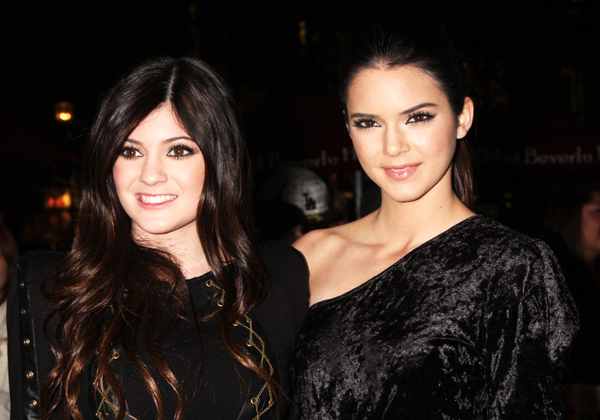 We first saw 12-year-old Kendall and 10-year-old Kylie in the first season of Keeping Up With The Kardashians where they mocked Kim for her conceited ways and danced around their house as Brody Jenner and his friend Frankie Delgado chased them around.

Now, Kendall, 15, and Kylie, 14, are just as involved in the style spotlight as big sisters Kim, Khloe and Kourtney are. Kendall has grown into her sultry look and Kylie can be recognized from her signature doe-eyed stare. Not only do they have their Kardashian sisters’ cutting-edge style, but they also model professionally and are athletes.

Kendall was the new face of Forever 21 and then modeled prom dresses by designer Sherri Hill. She also has a modeling contract with Wilhelmina Modeling Agency. Though, at 14 years old, Kendall did a controversial bikini shoot, which raised critics’ concerns for it being so racy. Kylie modeled for a Sears campaign and has done photo shoots with OK! and Teen Vogue. Both Kendall and Kylie currently model for Nick Saglimbeni.

Both girls are cheerleaders, while Kendall also runs track at her school. Their father, Bruce Jenner, won a gold medal for track and field in the 1976 Montreal Summer Olympics. The girls naturally have an athletic background and if Kendall proceeds with track, has the ability to follow in her father’s footsteps someday.

But is that what the girls want? In episodes of Keeping Up With The Kardashians, it’s obvious that Bruce Jenner is a protective father. And as we have seen the girls get older, they’ve become more resistant to his protective parenting ways and have slided into the shared spotlight with their older sisters.

Will Kendall and Kylie Jenner follow in their big sisters’ limelight-dense footsteps? It seems as though the spotlight has already taken a liking to them. The girls are already friends with celebrities such as Justin Bieber and Selena Gomez. So, with all this celebrity attention surrounding them, is their increasing fame inevitable? Kris Jenner is already their mom-ager, and as we know from her relationship with her Kardashian daughters, she’s not afraid of the spotlight shining down on her family.

The girls already love being in front of the camera. Not only do they star in Keeping Up With The Kardashians and make appearances in their sisters’ spin-off shows, they have their own YouTube channel with more than one million views and more than 65,000 subscribers.

Only time will tell of what’s to come from the Jenner-Kardashian duo, but as far as we can tell, they are on a celebrity fast-track to fame. Pretty soon, the Kardashian sisters will have to keep up with them.

Check out more photos of Kendall and Kylie Jenner >>