Lady Gaga wore a white Tom Ford dress to the MTV Studios on Thursday. Where have we seen this dress before?

Lady Gaga caused quite the stir in New York City’s Times Square Thursday night when she appeared at the MTV studios to promote her upcoming opening performance at the 2011 MTV Video Music Awards. 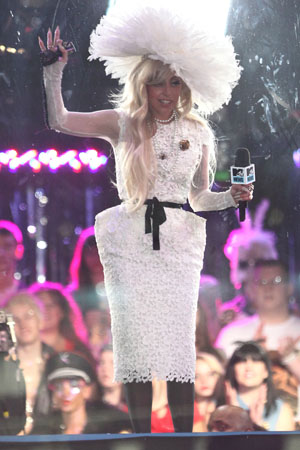 Now, we’re not too sure about this dress — sure, it’s a great way to give ultra-thin women some curves, but it’s probably not the right choice for those of us with bigger hips (this author included.)

This isn’t the first time we’ve seen this dress. Emma Stone opted for the black lace version — sans sleeves — when she walked the red carpet at the premiere for Crazy, Stupid, Love. 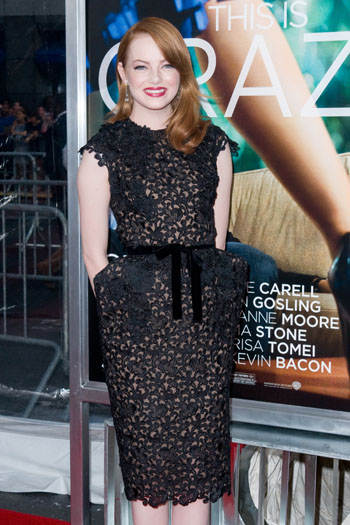 We loved the dress on Stone, though some angles made it look like she had no arms. Still, she rocked it.

Gaga, of course, did a great job in the dress — but we’re not so sure about that hat.

Is this a celeb trend in the making? Well, it’s not likely it’ll turn into a celeb staple like the Herve Leger bandage dress, but we’re sure it’s not the last time we’ll see this dress on one of our favorite celebs.

Would you wear this Tom Ford dress for fall? Let us know your thoughts in the comments!