A shark attack in Seychelles leaves a newlywed dead and many lives altered forever. In what sounds like a scene out of a scary movie that could have been featured on Shark Week, a British honeymooner was attacked and killed by a shark while he was snorkeling. 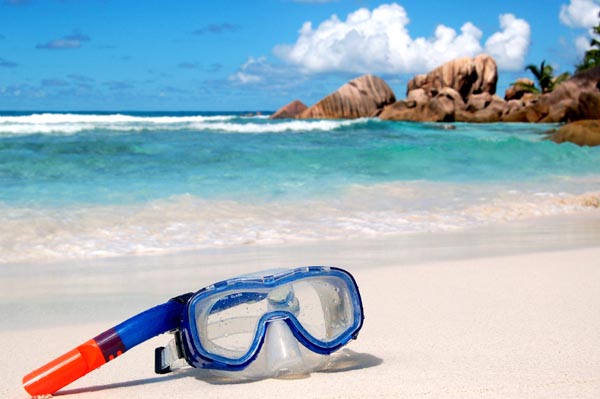 Ian Redmond, a 30-year-old British man on his honeymoon in the Seychelles island of Paslin, was the victim of a brutal shark attack. He was snorkeling about 30 feet off of Anse Lazio beach when a shark attacked him. He lost an arm and suffered serious hip injuries.

Redmond survived the initial attack and was taken to the hospital, but his injuries were too serious and he passed away. The horrible shark attack left his new bride, Gemma, devastated.

In a statement printed by the BBC, Gemma Redmond shared her grief: “Myself, our families and our friends are devastated and shocked by what has happened. He was always calm and collected, strong and brave, witty and intelligent, handsome and caring, a remarkable individual who will be deeply and sorely missed. We are privileged and proud to have shared our lives with him.”

On August 2nd, a French diver was killed in a shark attack off of the same beach in Seychelles. Two fatal shark attacks within two weeks is highly unusual, and local authorities are concerned. They have banned swimming in selected areas and are attempting to locate and capture the shark, reports The Washington Post.

Alain St Ange, director of The Seychelles Tourism Board, told BBC, “We need to find the beast and get it out of our waters, we have requested help from South Africa and two experts are arriving in the country in the next day. We have now closed the beach and all the surrounding beaches and stopped diving in the area.”

The Telegraph reports that expert Jeremy Cliff, who is head of research at the KwaZulu-Natal Sharks Board in South Africa, suggested the beach closures.

“The fact that there have been two shark (attacks) so close together suggests there is a serious problem and we must therefore assume it could happen again,” he said. “It is always impossible to say for sure what is happening when we’re dealing with sharks, but we must make educated assumptions based on the evidence we have.”

He theorized that sharks may be closer to the shore than usual, perhaps as a result of different fishing methods. “I will assess the whole sea situation around the Seychelles. It could be that fishermen have been discarding part of their catch in shallow waters which has brought the sharks closer to shore,” Cliff speculated.

Gemma Redmond’s life is forever altered. “I loved him so much and he was a very special husband, a thoughtful son and a devoted brother,” she said. “He worked tirelessly to give us both a wonderful married life and home and I want to thank him for nine years of joy.”

Hopefully, authorities will successfully handle the shark problem and we won’t hear of another shark attack.