An Apple store constructed of a whole lot of glass might be coming to Santa Monica. And if it’s not an Apple store, it looks suspiciously similar to one! 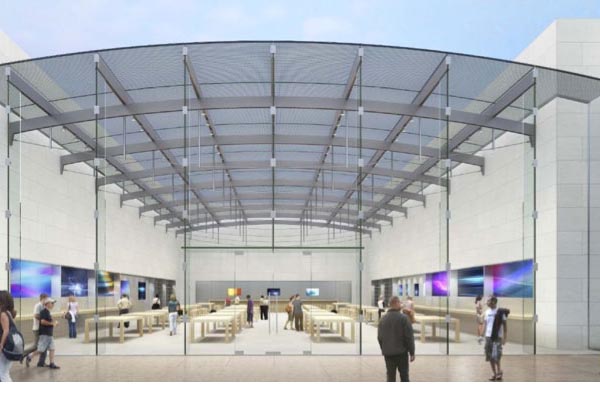 So far, no competitor has been able to create a tablet that’s as good as an iPad, but is it possible that one is trying to create a retail location on par with an Apple store? The Santa Monica Planning Commission has been asked to approve a permit for the development of “a new one-story, 8,084 square foot commercial building with 75 feet of frontage along the Third Street Promenade.” (Via the City of Santa Monica’s Planning Commission Report.)

This new “commercial building” looks suspiciously similar to an Apple store, yet the company’s name isn’t on the permit request. As CNET points out, if this new store is a secret, it’s not the best kept one! Unless another retailer has borrowed Apple’s interior design, complete with rows of tables and a glass storefront, it looks like Santa Monica might see a new Apple store in its future.

What makes this Apple store — we think — stand out from others is the all-glass roof. The aerial view from the Santa Monica Planning Commission’s report certainly looks neat. The building to the right is two stories, so when you put this (possible) Apple Store’s single story height into perspective, it’s tall! 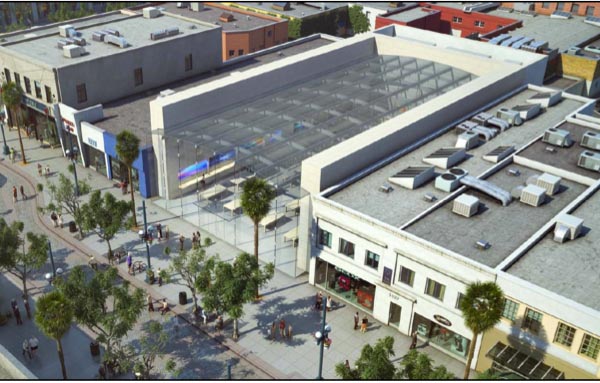 Apple isn’t afraid to build innovative stores in prime locations, that’s for sure. According to CNET, Apple submitted plans to the Metropolitan Transportation Authority Board for a New York Grand Central Terminal retail store. That Apple store would cover over 23,000 feet and cost Apple $1.1 million per year in rent.

Unlike the Santa Monica permit application, Apple was very open about its plans for New York. “We have submitted plans for the store we intend to create in world-renowned Grand Central Terminal and we look forward to working with the MTA,” Nick Leahy, spokesman for Apple, told CNET. “Our four stores in Manhattan are incredibly popular with customers and we’re excited to bring the Apple retail experience to this incredible location.”