Yes, that really is Kristen Stewart on the cover of W! 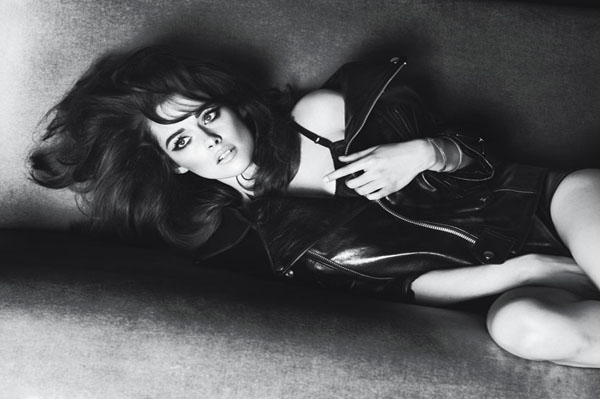 Kristen Stewart is vamping it up on the September cover of W magazine — and she looks nothing like her normal self! We love how Stewart has always maintained her own sense of style — and her tomboy-ish style is her signature look. However, Stewart said that she hated being called a tomboy. 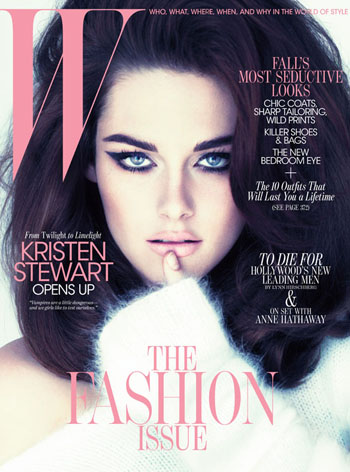 “I have brothers, and that so-called boyish quality was something that I was deathly self-conscious about when I was younger. I was, like, No, I’m a girl. Actually, I’m still embarrassed to say that,” she told W.

Um, we don’t think anyone will mistake her for a tomboy now! The photos are reminiscent of such 60’s sirens like Bridget Bardot with her amped-up style and cat-like eyeliner. 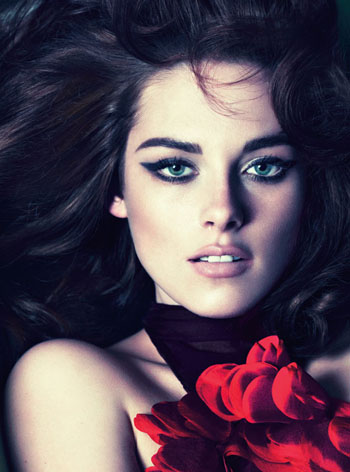 Of course, the cover is all part of the promotion for the final installment in the Twilight Saga: Breaking Dawn. Stewart surprised us when she dished that she actually enjoyed the wedding part. We heard from her co-stars that the whole thing was really stressful.

“This was my first wedding. It was insane. And odd. The wedding dress experience was a huge deal. I tried on one version of the dress, and it was like tweak and tweak and alter and tweak and change, and then it’s done. BFD dress. Huge deal,” Stewart said.

Does she still love Bella and everything behind the Twilight Saga?

“I [expletive] love me a vampire [Laughs]. I was 17 when I read Twilight, and at the time it was so perfect for me. The script was about young kids who think they can handle stuff that they just can’t. And they’re going to do it anyway. Because, why not? Just torture yourself. I relate to that. Vampires are a little dangerous — and we girls like to test ourselves,” she said.

We have to agree, Kristen — and we’re pretty pumped for Breaking Dawn.