The Samsung Galaxy Tab 10.1 is no longer available to customers in most of Europe — at least not for now. 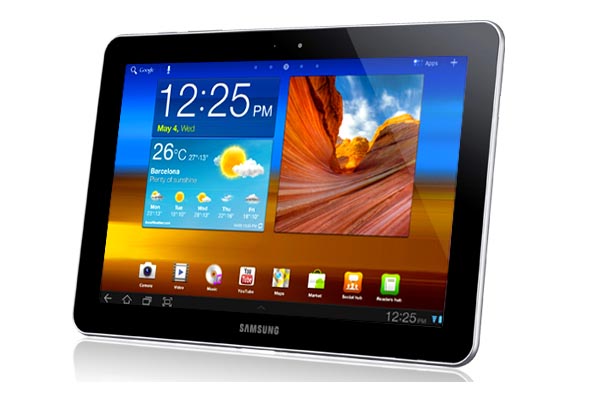 Apple Inc. obtained a preliminary injunction from a court in the European Union, preventing Samsung from selling the Samsung Galaxy Tab 10.1. As a result, the Android-powered tablet will be removed from shelves in Europe.

The Galaxy Tab 10.1 only became available for sale in Europe this summer — that didn’t last long! According to CBS News, “Apple has claimed that Samsung’s Galaxy line of smart phones and tablets copies Apple design features — including the packaging and accessories.”

A Dusseldorf judge felt that the Samsung Galaxy Tab 10.1 did indeed copy parts of the iPad. And so just like that, it will be removed from store shelves.

Apple had more luck getting quick results in Europe than the company did in the United States. U.S. customers can still purchase the Samsung Galaxy Tab 10.1, despite the suit that Apple filed back in April in a California court. Apple requested a jury trial because they felt that Samsung “slavishly” copied their design. The company is still awaiting action.

As for Samsung’s position, the company is “disappointed” by the injunction in the European Union. Samsung “intend[s] to act immediately to defend our intellectual property rights through the ongoing legal proceedings in Germany, and will continue to actively defend these rights throughout the world.”

Apparently, Samsung was caught off guard by the injunction, and differences in the legal system between the United States and Europe meant that Samsung wasn’t able to defend the Galaxy Tab 10.1. SlashGear reports that Samsung wasn’t aware that Apple was filing for an injunction until Apple had actually filed it. A Samsung representative told SlashGear that “the order was issued without any hearing or presentation of evidence from Samsung.”

However, SlashGear also notes that if Samsung is victorious in the main case, Apple will be liable to Samsung for damages on lost sales on the Galaxy Tab 10.1.

To see leaked images from the complaint that Apple filed against Samsung, visit SlashGear.

Tell us: Have you used a Galaxy Tab 10.1? Is the Samsung device that similar to an Apple iPad?