Sinead O’Connor stepped out at a few music festivals sporting quite the different look. 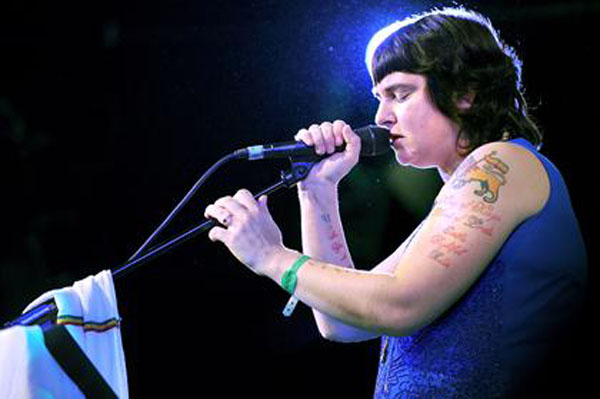 Irish singer Sinead O’Connor is probably most well known for her bald head and ripping up a photo of Pope John Paul on Saturday Night Live.

These days? The Nothing Compares 2 U singer is still performing, though she looks a little different than she used to. Gone is the shaved head and tiny body — she’s now sporting a black pixie cut and several more pounds.

Fans were surprised to see O’Connor’s vastly different look when she performed this summer at a music festival in Bray, Ireland.

The photo above — taken in Manchester, England in July — shows just how different she looks from her heyday. Really, it’s not that big of a deal: O’Connor is 44 — metabolism slows down, family takes priority and keeping a smaller figure isn’t that important to everyone.

Basically, it’s not that big of a deal.

We won’t worry until her fantastic voice is gone — then we’ll really call for some sort of life change. Now? Not so much.

What do you think of Sinead O’Connor’s different look?

7 mins ago
by Taylor Lane