At last night’s Teen Choice Awards, there were a few celebrities whose outfits made us wish we could have more than just a say in who got to keep the life-size surf boards. Here are the top ten worst dressed stars and what (if anything) they could have done to fix their fashion faux pas.

Zooey is young, gorgeous and a star on the rise. But this look couldn’t agree less. It looks frumpy and cheap, not to mention way too casual. But then again, maybe she came right from a picnic. Who can really be sure. Her usually adorable retro style went a bit too retro this time. 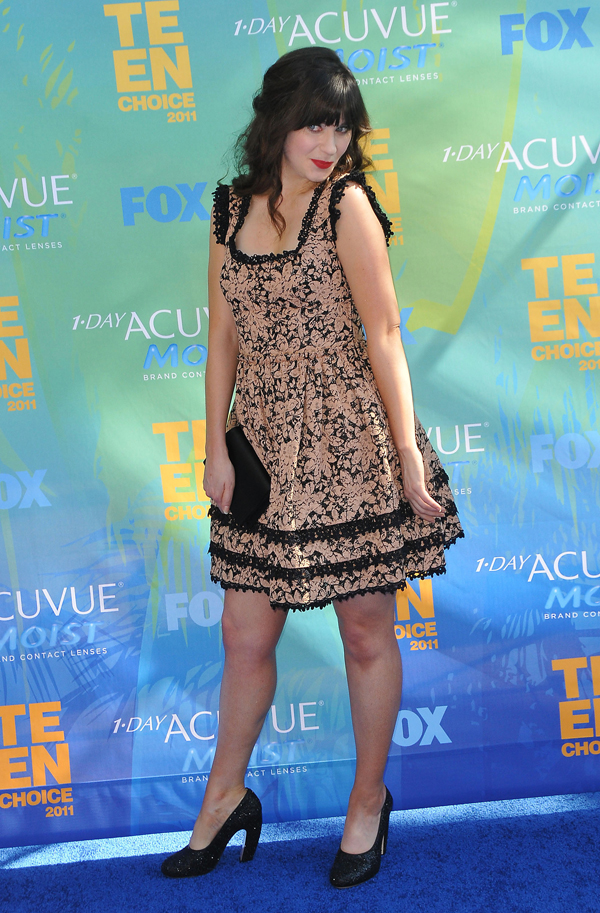 The phrase “What were you thinking!” swirls around in our mind every time this photo surfaces. A blazer by itself? Fine. Those pants with a different top? Sure (we’re not sure what top, but there must be SOME top). But don’t put them together! Oh, and last time we checked — black and navy aren’t the most complementing colors either. 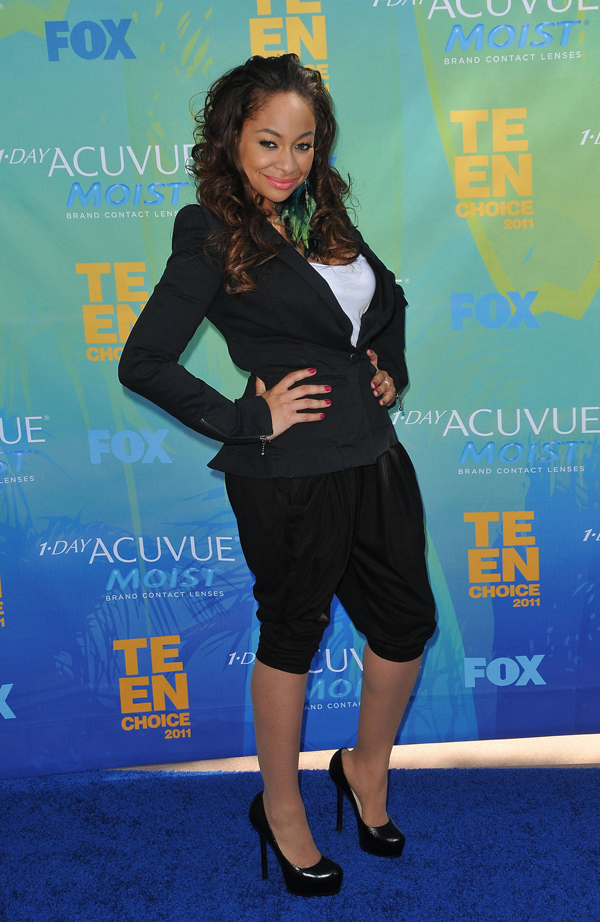 As hard as we try, we just can’t seem to wrap our heads around the black leather and brown straight-legged pants combo. Cory, we love you but you don’t match! 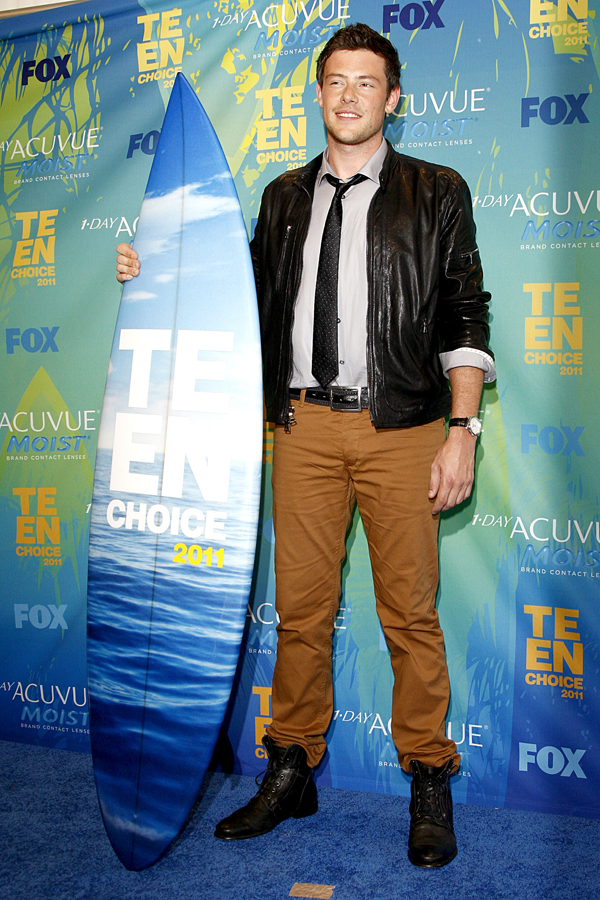 There is really nothing flattering to say about this outfit choice. It’s the Teen Choice Awards, Tyra. Not the Batman premiere. This jumpsuit makes her look awkward — like she’s at the wrong place at the wrong time. And forgot it was August. 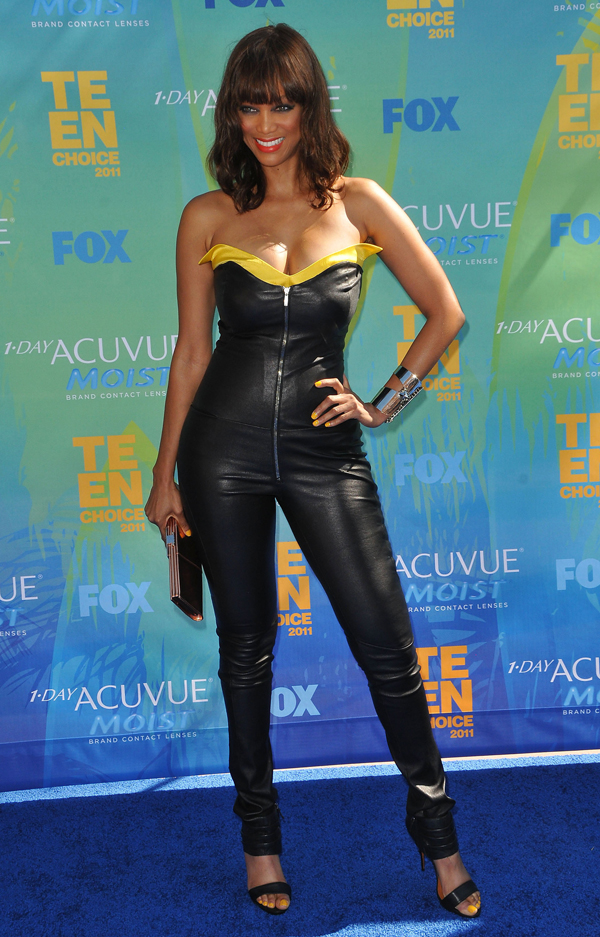 This dress is the definition of chaos. Its pattern is all over the place and it seems to go on forever. Please let us know when it stops so we can work on her all-over-the-place hair, as well. 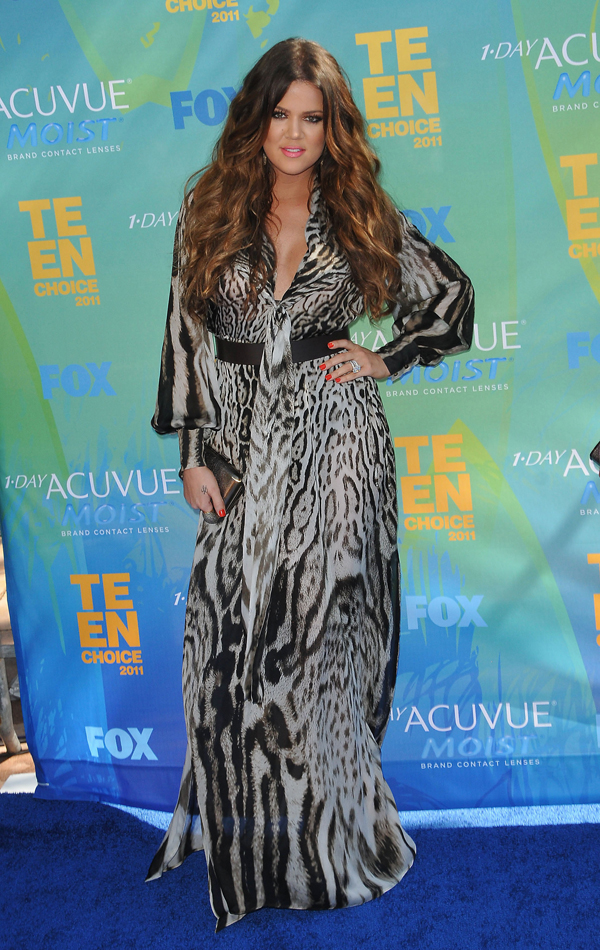 This TV actress usually has better taste. There are so many things about this dress that make it practically OK, but it just never fully reaches that level. The color is cool, but the layers are too big and numerous. 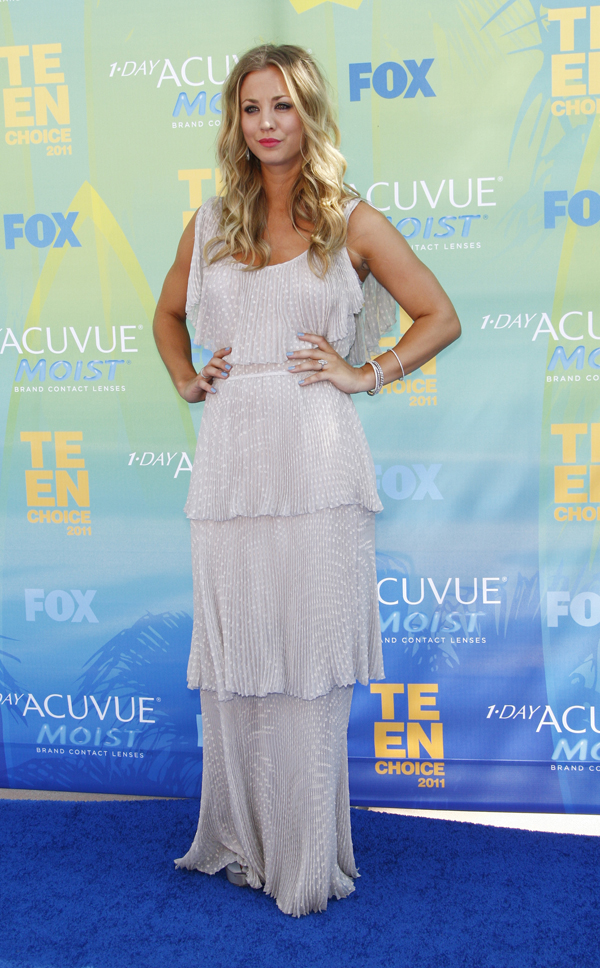 The message on Rupert’s shirt is sweet and well-intentioned, we will grant you that. But when it comes to mixing graphic tees and blazers, few can pull it off. The Harry Potter star could have at least tried to wave his magic wand and make it all better. 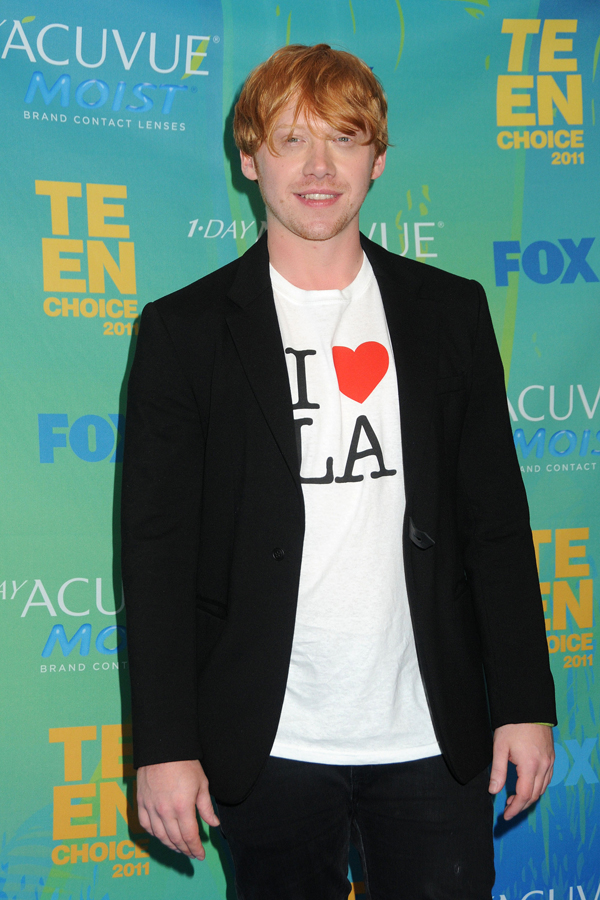 Community actress Gillian Jacobs got it all wrong at this year’s Teen Choice Awards. The little black dress is always in style, but not when three rows of chains are hanging from the front of it. The two-toned color of the chains makes it even worse. Her shoes are cute, but unfortunately they are too loud and edgy for this dress. 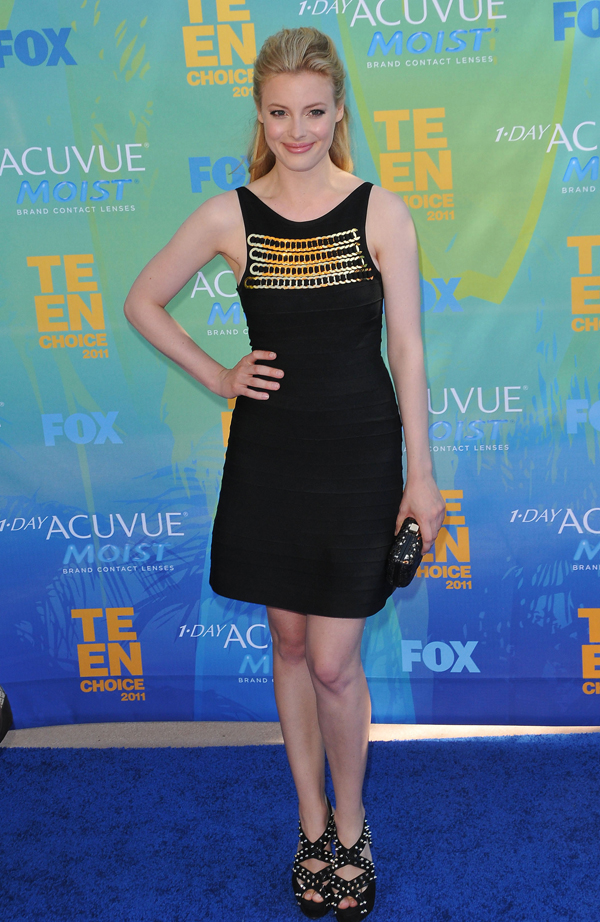 We know this is the Teen Choice Awards, but that doesn’t give you the right to dress like you are in middle school. Singer Aria Crescendo went too far with the braid in her hair, bow on her dress, ten layers of ruffles, and that look in her eyes. Talk about too much of a (not so) good thing. 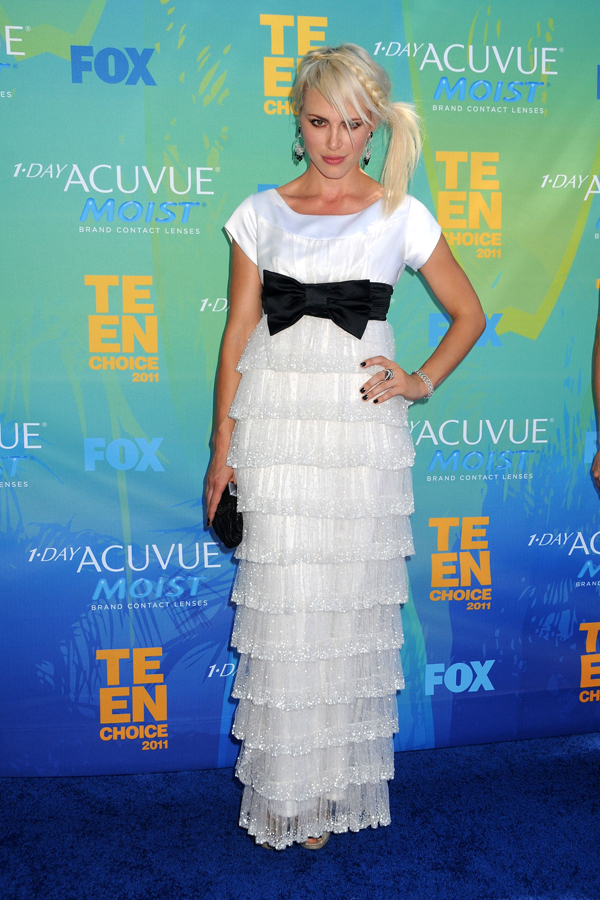 “Bring It On: In It To Win It” actress Cassie Scerbo might have given it her all with this dress, but it wasn’t enough. The black lace is unflattering and misplaced. But it’s her hairstyle that might be even scarier. Let your hair down, Cassie. This isn’t cheerleading practice. 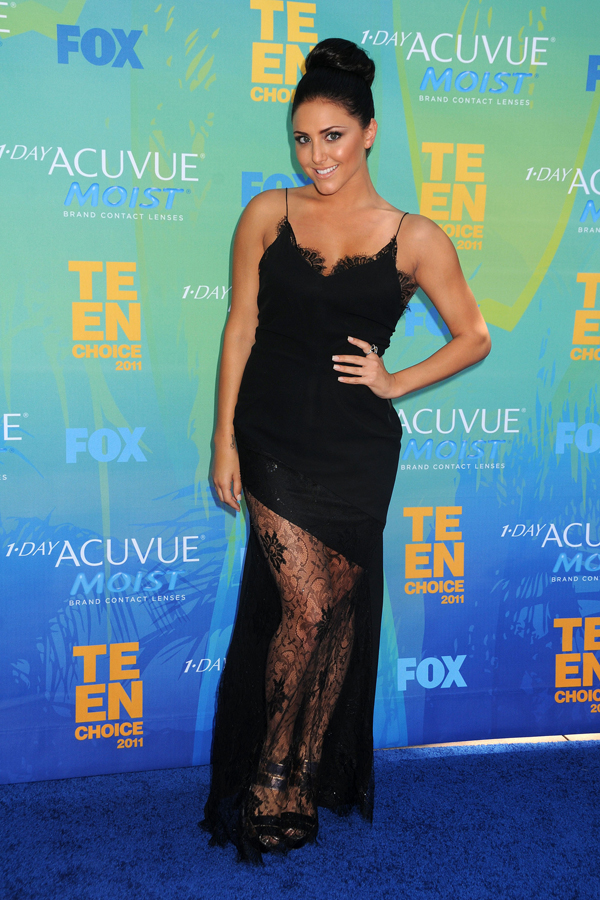 More about the Teen Choice Awards

Fashion faves and flubs at the Teen Choice Awards