Whether you’re looking to get a job or on the career path of your dreams, you may not be earning the salary you could be. Negotiating isn’t easy, but here are three easy steps to help you get your due.

Related story 8 Women Share How They Cure the 'Sunday Scaries' 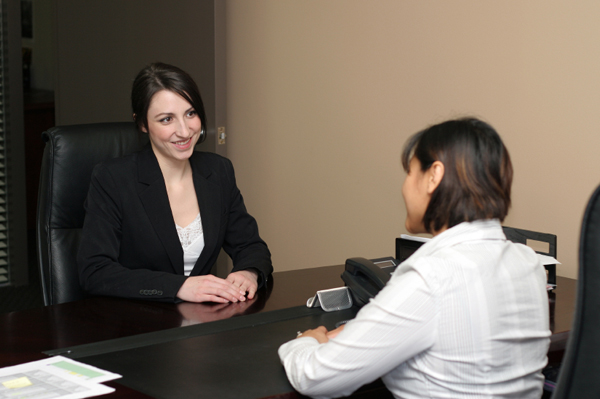 Not only do women earn less than men (an average of 78 cents to every dollar a man earns), but women don’t ask for raises. That women don’t attempt to increase their salary once in their jobs points to an underlying problem for women in the workforce. Women have a hard time demanding and getting their worth in paychecks.

The first part of solving the problem is recognizing it. You may feel proud when you land a job and accept a salary offer — no small feat in this economy — but are you aware that men who are in a similar position are far more likely to counter an initial salary offering than women are? That means that you may be starting your career already behind, and that the man working at the desk next to yours, who may or may not be working as hard as you, could be making more than you.

As soon as you understand it’s not just you but a cultural phenomenon, you can devise a plan so you can become a pioneer, not another victim, when it comes to closing the gender pay gap.

Remember when you could get a bump in your allowance just by begging and twirling your pigtails? Sadly, those days are over. If you want to get paid like the big boys, you’ve got to be willing to fight for your case in the court of pay debate.

Now that you know what you’re up against, it’s up to you to build a case that will win. Go online and research what your peers in similar positions are making. That way, you can make the case that you’re only asking for the going rate. Remember, this is professional, not personal. Then create your argument for why you deserve it. It’s not enough to want it — you’ve got to be able to win it.

If you’re intimidated by the prospect of demanding more money than you’re being told (or learned) you’re worth, write a script before you enter negotiations. Pick a friend or family member who’s skilled at role playing and ask them to pretend to be your boss. Think of this process as like football practice. You’ll want to do it so many times that it becomes intuitive.

Be prepared to walk away

Last of all, stick to your guns. This may not be how you feel truly, but it’s how you’ve got to act. You may doubt your worth, you may feel like you’re asking for too much, you may think you’ll never get as much as you’d like. But you’ve got to silence that internal debate when you negotiate.

Negotiation isn’t always fun, but if you’re prepared to walk away if you don’t get what you need, you’re in a far more powerful position. People sense when you’re a woman of conviction. The company that really wants to have you will pay what it takes to get you.

5 Ways to improve your resume
Do high-heels make you feel more powerful?
How to be happily employed in a tough economy