It’s Shark Week! When we think of sharks, we often conjure up images of the scary great white shark, but there are hundreds of species of sharks. We’ve compiled a list of five types of sharks and the reasons we find them so interesting. Check out our roundup of some of the sharks in the sea and know your sharks for Shark Week. 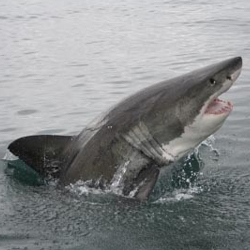 No Shark Week roundup could begin without the great white! Known as a vicious predator of the sea, the great white has more than 3,000 teeth. No, that wasn’t a typo — three thousand teeth. Whenever you envision a scary shark circling scene, it’s the great white that comes to mind. That’s because the great white’s dorsal fin and part of its tail fin are visible above water when it surfaces.

The great white doesn’t quite live up to its name, color-wise. The top of the great white is gray or blue-gray. The underside of the shark is the only white part. Great whites are usually 12 to 16 feet long, although the record great white was 23 feet long and weighed 7,000 pounds. 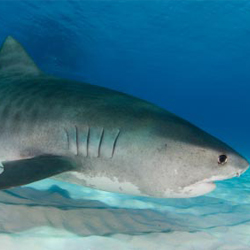 The tiger shark got its name because of the pattern on its back. That needs little explanation! Tiger sharks have a well-developed sense of smell and good eyesight. They can reach 20 feet long, but the average adult tiger shark is about 10 feet long. Although tiger sharks are big, eat live prey and look menacing, they don’t intentionally seek out humans for dinner. 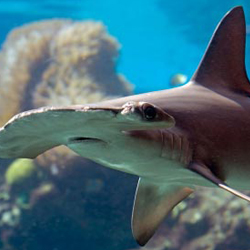 Kids often find the hammerhead shark fascinating because its head really does look like a hammer. Hammerhead sharks have large and pointed dorsal fins, which gives them the scary “shark attack” fin-out-of-water look when they surface. Hammerhead sharks average 11.5 feet in length and 500 pounds, but they can weigh up to 1,000 pounds.

Hammerhead sharks are fierce predators and have been known to eat other hammerheads. There are several species of hammerheads. Most are harmless to humans, but some hammerheads are dangerous. 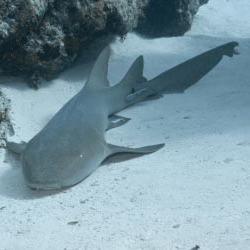 You’ve probably seen many nurse sharks because they tend to thrive in captivity. Despite their name, nurse sharks aren’t caregivers! However, they’re often described as sluggish and are generally harmless to humans — unless you provoke them. Nurse sharks range in length from 2 feet all the way to 13 feet. They are bottom-dwellers and are nocturnal. Basically, when you’re swimming in the ocean, you don’t need to worry about nurse sharks!

It’s not the great white that you should worry about when you’re swimming in the ocean — it’s the bull shark that should concern you. Bull sharks aren’t huge — they average seven feet in length and 200 pounds — but they are very aggressive. That behavior, coupled with their propensity to swim in shallow waters near the shore, makes them the most frequent attackers of humans. Bull sharks can also live in fresh water for periods of time. Interesting fact: They’ve been found in the Mississippi River. 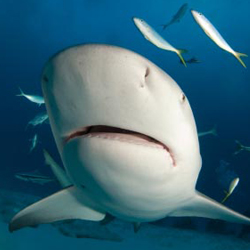 Dog bites shark, gets over 1.4 million hits on YouTube
The tragedy of shark fin soup
What to wear to Shark Week

14 hrs ago
by Merrick White