Solar cell energy isn’t new, but it’s becoming more popular. Many companies, such as Apple and Samsung, are considering solar energy for future products. Keep reading to learn what solar cell energy is and how you might see more of it in your everyday items, such as computers and cell phones, one day. 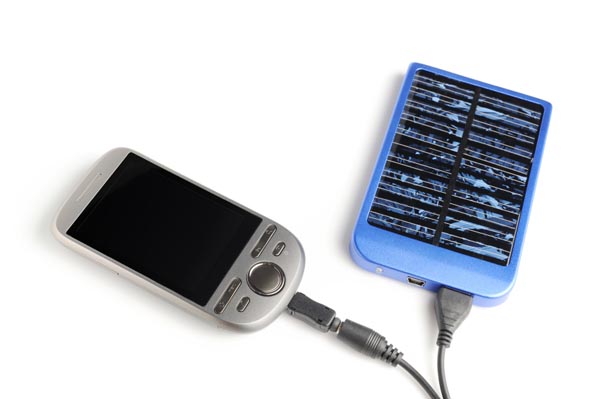 What are solar cells?

Solar cells aren’t new. You’ve likely had a calculator with a solar cell — the little bar at the top of the device that allows it to work without a battery. As How Stuff Works points out, solar cell energy is also used in some larger devices, such as emergency call boxes, road signs and sometimes parking lot lights.

How do solar cells work?

Without diving too deep into a science lesson, solar cells, also called photovoltaic (PV) cells, convert sunlight into energy. A solar panel consists of a group of cells that are connected electronically. When light hits the solar cells, a part of it is captured and — through a process more complicated than we’re going to explain! — transformed into useable energy.

Apple and Samsung have been looking at solar cell options for some of their electronic devices, reports cnet News. Both companies are “evaluating” solar technology, especially organic photovoltaic cells. These “yield a lower sunlight-to-electricity conversion ratio than large solar panels installed on rooftops, but can be fit into small gadgets.”

Currently, Samsung has a few cell phones with solar power panels on the back. Samsung also plans to roll out the NC215S next month. The NC215S is a 10″ netbook complete with a solar panel on the lid. (No more fancy skins!)

Apple doesn’t currently offer any solar powered devices, but the company has applied for and received several patents relating to solar power technology.

While it could be a while before you see any solar powered devices from Apple, or more from Samsung, it’s good to know the ideas are in the works.

If the idea of solar cell energy for your devices is new, you’ve certainly heard of people installing solar panels on their homes. In fact, there are often tax breaks for people who install solar panels and derive all (or a portion of) their energy from them. It’s not quite as simple as slapping some panels on your roof, though. Factors such as the direction they face and the angle come into play. Additionally, the panels cannot be shaded by trees or other structures.

Should you get solar panels? >>

Tell us: When it comes to solar cell energy devices, would you be willing to pay more for them?