Celebrity designer Kathryn Ireland shares her thoughts about starring in Bravo’s Million Dollar Decorators and her life as a decorator. 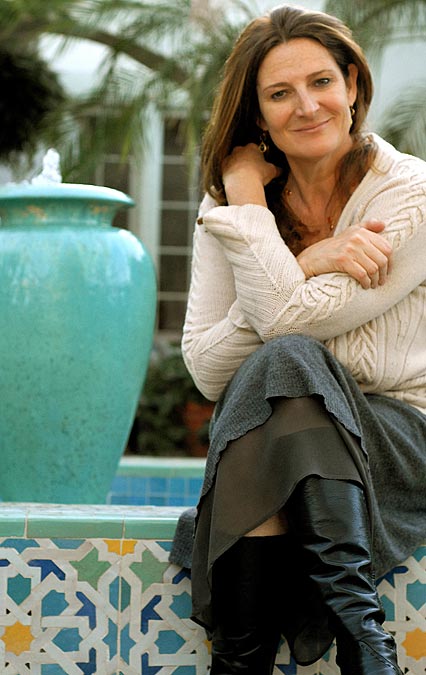 What I loved about the show

Being on Million Dollar Decorators (MDD) has been the experience of a lifetime. When I first committed to the project, I had no idea what I was signing up for. All these months later, my life has been forever enriched by my fellow cast members and members of the production team. The work on the show was thrilling and mundane, exhilarating and depressing, hilarious and boring – just like life.

Although I was very close friends with Martyn Lawrence-Bullard and Nathan Turner before the show, our friendships certainly deepened as a result of sharing the stage as co-stars. Martyn, who is fabulous on and off the red carpet, is one of my dearest confidantes, a friend whose insights and advice, both creatively and personally, have guided me through triumph and tragedy alike. Nathan I had known for years as well, as a peer, showroom neighbor, and regular patron of his fabulous shop.

The real surprise was getting to know Mary McDonald, whose unique and charming quirkiness I now adore as much as I admire her talent; and the extremely gifted Jeffrey and Ross have become regular guests at my home. So the genuine and heartfelt camaraderie between the six of us is what I love most about Million Dollar Decorators. As Martyn would say, “it’s delicious.”

What I hated about the show

As someone who makes a living in the field of visual arts, I have a very good eye – but nowhere is my eye more critical than when I turn it on myself. So I literally have to avert my gaze from my MDD on-camera interviews because I think I look like a man in drag. Too much make-up never works on my face.

I’m sorry that some of my storylines were left on the proverbial cutting room floor. My Designer Boot Camp weekend was beyond hilarious. Think Beverly Hills Housewives meets Full Metal Jacket. Viewers also missed me decorating my son Otis’s college “crib” in Santa Cruz. I regret that viewers don’t get to see the final results of any of my design projects on the show, especially since the Malibu beach house job became such a debacle.

For anyone who would like to see my completed work, go to www.kathrynireland.com and go to applications or my press site and rummage through any and all of my interiors featured in shelter magazine editorials such as Elle Décor, Vogue Living, Traditional Home, Veranda, and World of Interiors, to name a few. (I continue to mark down merchandise – there are some great deals on my online store!). I’ve also published three books that illustrate much of my design work over the course of 18 years.

Most viewers would not have gleaned from the show that I am an expert in “sympathetic restoration” of older properties and estates, particularly in California and Europe. Traveling the globe for work and bringing up three boys simultaneously means that my life can be summed up in one word – chaotic! But if the end justifies the means, then I can state with certainty, “There is method to my madness!”