According to a survey conducted by the National Campaign to Prevent Teen and Unplanned Pregnancy, one in five teen girls and boys has admitted to sending nude or semi-nude photos of themselves. One in five. If it isn’t your son or daughter, chances are it’s one of their friends. What would have been considered a taboo act several years ago is now a common practice among teens. While no parent wants to believe their kids would engage in sexting, all parents should be aware of these warning signs.

Related story How to Sext With Total Confidence 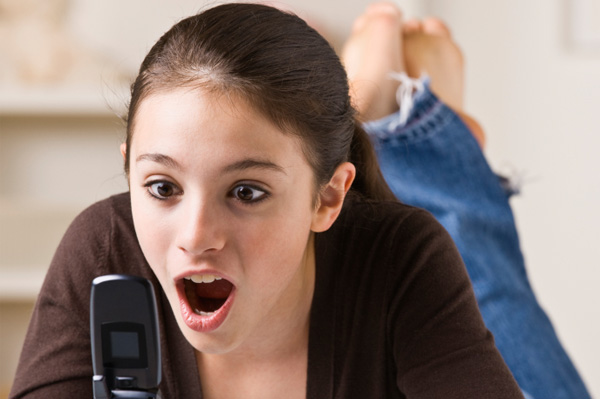 So what exactly are we referring to here? Sexting is the act of sending sexually explicit text messages or photographs through mobile phones.

Ask your kids outright if they are sending sexually explicit text messages or photos of themselves with their phones. If they don’t want to talk about it, or seem to be hiding something, there is a good chance they either have engaged in sexting, or may consider doing so in the future.

Talk to your kids about what could happen to them as a result of sexting. They may think they’re being fun and flirty with a boyfriend or girlfriend, however once a message or photo has been sent, there is no controlling where else their text is shared. Tell them to stop and think before sending text messages. If it’s not something they would want to see on the front page of the paper, they probably shouldn’t be sending it. Make sure they are aware of the legal issues of sexting. In several states, sending sexual images of a minor is considered child pornography, and can be prosecuted as a felony.

Get tips on how to talk to your teen about sexting >>

Is your child extremely protective of their cell phone? Do they like to send their messages from the privacy of their bedroom, behind closed doors? Such secretive cell phone use is an indicator that your teen may be engaging in sexting.

Set limits on when and where your teen can use their cell phone. True, it’s much easier to set limits on less mobile technology, like having computers in a common area of the home; however if you suspect your teen is abusing her cell phone privileges, it is for your child’s own protection that you establish rules about handing in the cell phone before bedtime. You may want to consider turning off the cell phone’s texting capabilities, if necessary.

You are well within your parental rights to view what your children send out in their text messages. Use the parental controls offered by your cell phone provider or through paid apps to monitor outgoing text messages and images. Check your teen’s Facebook account to see the type of messages being shared by your kids and their friends.

If you find that despite your best efforts, your teen is engaging in sexting, take their phone away. Nobody said parenting was going to be easy.

Kids on the internet: Safety tips for parents
How much internet is okay for kids?
7 Things your kids shouldn’t share online

14 hrs ago
by Merrick White