With the impending release of the very last movie, die-hard Harry Potter devotees have taken the opportunity to look back over a decade of fandom with both pleasure and sadness. We are a generation of fans that took the books not just as an excellent read, but gleaned some life lessons from its 3,407 pages. Here are five lessons taken to heart after more than a decade of magic. 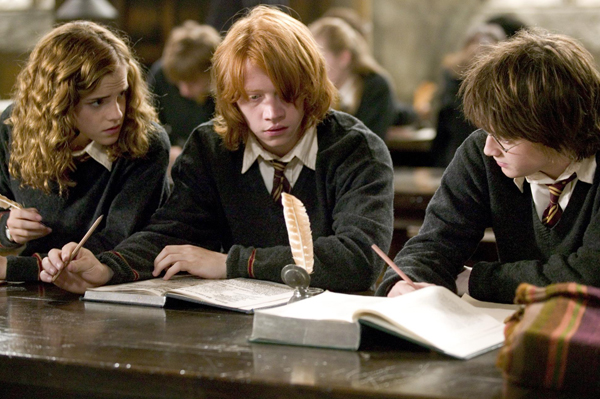 5 lessons to learn from the magic

You may or may not remember the first time you heard about Harry Potter but when it debuted, people all over had their noses stuck in the magical pages, looking to lose themselves in a good story. Many readers soon found themselves falling in love with the words on the page and grabbing the reins to lead a band of happy readers. But we learned more than cool wizard lingo and some funky spells. Keep the real magic alive with these life lessons.

Lily’s love for her son Harry cast one of the more powerful protection charms in the series. Ron and Hermiones’ love not only for one another but for Harry kept the trio together throughout the series, no matter the circumstances. They realized, and told Harry, that if they had wanted to spare themselves pain they had had the chance to go many years ago. It was more painful to be apart than to be together in the face of danger.

Harry’s love for Ginny, and hers for him, allowed them both to become stronger in their separation. Harry’s loyalty and devotion to his friends and his school gave him the courage and strength to sacrifice himself. That love unselfishly provided to his home the same protection his mother provided him.

Love and loyalty were things that Voldemort never understood. Because he had nothing to fight for, he had nothing to lose. While it may be hard  — endless, boundless love from yourself or from others – can help you find peace, strength and courage in the face of adversity. It can hold you together when you’re feeling alone.

Learn more about the on-screen love in Harry Potter >>

It is a grave mistake to underestimate anyone you meet in life. Voldemort and the Death Eaters discovered this when they underestimated the loyalties among the people at Hogwarts. Voldemort underestimated Snape’s loyalty to Dumbledore and Harry, which ultimately led to Voldemort’s downfall. The little people — who didn’t wield the powerful magic, who were shy and meek — were the ones who strode forward with a sword in their hand and a spell on their lips. They came with words of encouragement and wisdom and changed the course of the books.

Look at your own life and recognize the people whom you disregard, who in some form or another you underestimate. Everyone you meet influences your existence for better or worse — recognize it.

The meaning of intelligence

Hogwarts, like any muggle school, gives special recognition to the extra-intelligent. The better you do on a paper, the more points you get. If you answer a question correctly in class you earn points. Hermione’s knowledge, while it caused her much teasing and ridicule, saved not only herself, Ron and Harry, but dozens of people throughout the seven-book series. As a walking library, she was able to utilize her skills at a moment’s notice.

Ron, on the other hand, was her opposite. He was less about book smarts and more about real-life experience. He was funny and well-liked by his teachers and peers but he worried that because he wasn’t book-smart like Harry and Hermione, he was not as capable.

That proves not to be the case, time and time again. Ron’s real-world experiences get the trio out of sticky situations and helps them understand the world around them. Together, Ron and Hermione teach us the true meaning of intelligence.

See which Harry Potter spells we wish we could learn >>

Every Harry Potter character had their own beliefs and convictions. What made the magical world stronger was the understanding that it was the differences in people that made their world a better place. The wizarding world had to fight to reach an understanding about half-bloods and pure-bloods, people and magical creatures, the late-blooming ability of an individual and the stubbornness or eccentricities of one another.

In the end, Harry Potter was only a human, as were Lord Voldemort and Dumbledore — people and words gave them a larger-than-life persona. Yes, Harry Potter, nicknamed The Chosen One, was innately good. But Harry was brought up confused and alone, only to find true friendship and nurturing love through experience. Dumbledore was a good individual, but with the human emotions of love and loyalty, the human flaws of greed loyalty and fear.

Voldemort, like Harry, started out confused and alone, and after the prejudices he learned, the love he never experienced and the knowledge he leveraged against others, he took the only path that seemed logical to him.

No matter how much of an icon you may be, you’ll still know distress, loyalty, joy, fear, loneliness and love. The choices you make, the feelings you hold and share and the acceptance you give to others, makes you human.

Top 10 most useful Harry Potter spells
10 situations we wish we could use the imperious curse
Hogwarts Chic: Harry Potter-inspired fashion