With the last Harry Potter movie premiering this week, fans are pulling out all of the stops to go out with a bang! If you’re a big Potter fan yourself, or know somebody who is, you’ll love these unique Harry Potter-related gifts and finds — from the unusual to the odd to the just plain weird, check out these seven Harry Potter gifts to celebrate Harry Potter and the Deathly Hallows Part 2! 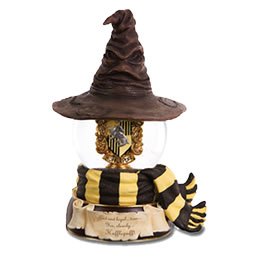 Is it a music box? Is it a snow globe? It’s really hard to say! The one thing we do know is that it’s unlikely that you’ve seen one of these before. Slytherin or Ravenclaw fan instead? Don’t worry, the other houses are available too. 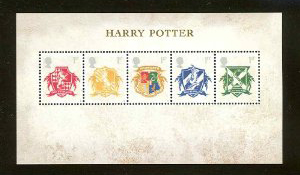 For the true Harry Potter fan, this set of mint postage stamps from the United Kingdom makes the perfect addition to a collection! Frame it and hang it up on your own Harry Potter wall. 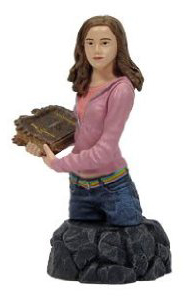 Lovely on your mantel or displayed on your dresser, a Hermione Granger figurine is a must-have for any die-hard Harry Potter fan. Also available in Harry and Ron Weasley. 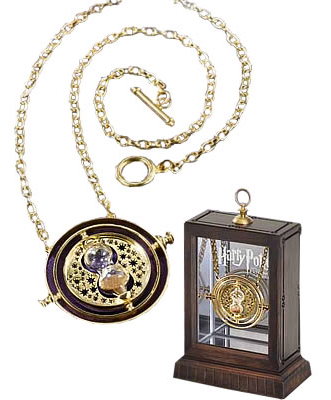 A re-creation of the time-turner that Hermione used to make it to a double-load of wizard classes, this gorgeous piece is timeless itself and features a real working hourglass. If Hermione is your favorite Harry Potter character, this is the special piece that you need!

It’s a good thing that Harry didn’t have a bobblehead in the books and movies — it would have made it so difficult to sneak around the halls of Hogwarts! Harry Potter collections will bob their heads “yes!” for these figures, which are also available in Ron and Hermione. Collect them all! 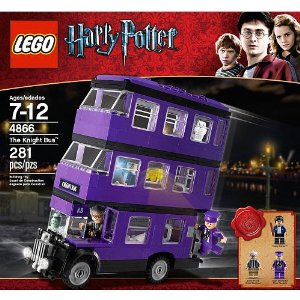 A new product from LEGO for the release of Harry Potter and the Deathly Hallows Part 2, The Knight Bus, Harry’s mode of transportation when he needed a lift back to Hogwarts during the school year, is a classic piece for your Harry Potter LEGO collection! Set includes mini-Harry and Hedwig figures. 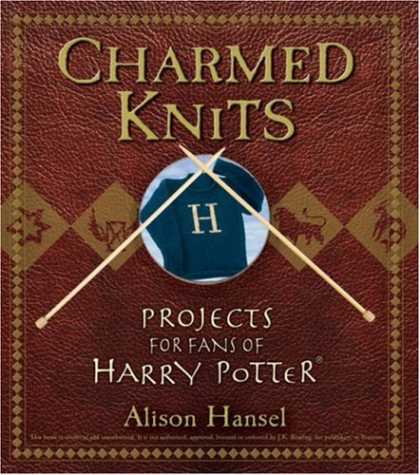 If you not only love Harry Potter, but love to knit too, this book is for you! Finally get the pattern to that coveted striped scarf that Harry, Ron and Hermione sport at quidditch matches (and the pattern for matching socks too). Patterns are pulled from both the books and movies.

How to throw a Harry Potter-themed birthday party for your kids!