Thursday night’s London premiere of Harry Potter and the Deathly Hallows brought out the stylish side of Emma Watson, Bonnie Wright and Helena Bonham Carter. 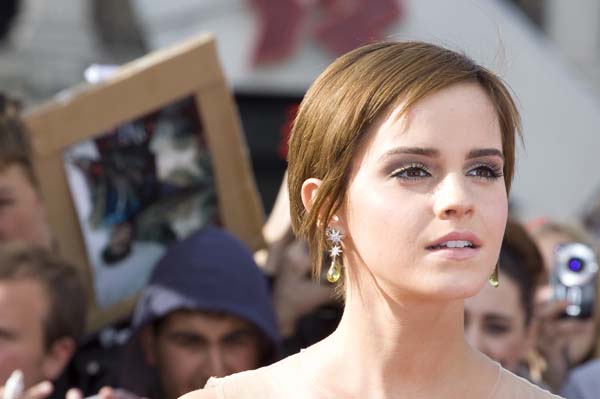 It’s hard to believe it’s over! Emma Watson, Bonnie Wright, Daniel Radcliffe and the rest of the Potter gang hit the red carpet for the London premiere of Harry Potter and the Deathly Hallows Part 2. Fans started lining up Monday to catch a glimpse of their favorite stars in action — and the ladies of Potter didn’t disappoint!

Hermoine Granger — aka Emma Watson — stepped onto the red carpet in a gray princess gown by Oscar de la Renta. We love the contrast of her short hair against the big dress.

She was feeling pretty emotional, though.

“This is sort of the least I could do, considering — I think people have been camped out here for three days,” Watson told Access Hollywood of her extravagant gown. “Thought I’d better make an effort.”

She looks absolutely flawless, no? 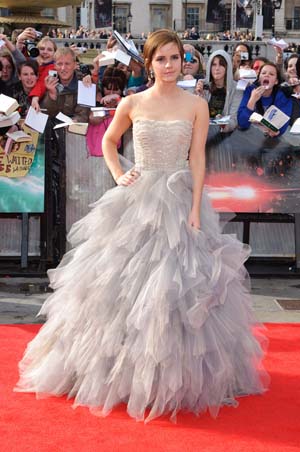 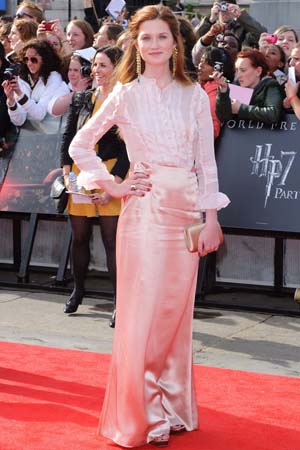 Oh, Helena. We expected Marc Jacobs’ muse to show up in a wild ensemble — and she didn’t disappoint. However, she makes it work — and her shoes are matching! 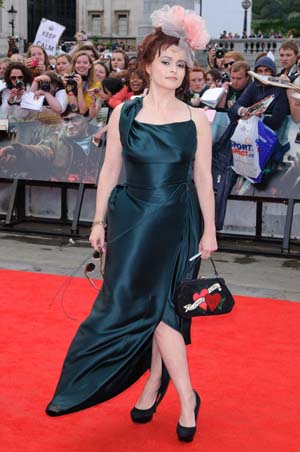 We don’t know who this is (is she an actress, or a friend of someone?) but we just had to show her outfit. Bonham Carter even saw her on the red carpet and said “Oh, honey… no.” Ok, so we made that up — but seriously, that takes some guts.

Update: An eagle-eyed SheKnows reader thinks this mystery woman is Natalia Tena who plays Nymphadora Tonks in the film. We have to agree after looking at photos of Tena. Continue to give us your guesses! 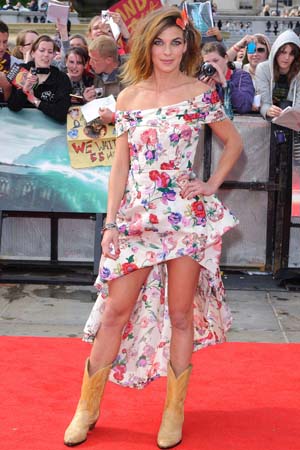 Which Harry Potter and the Deathly Hallows Part 2 look is your fave?