Bristol Palin is starting a fashion war with her words on Michele Bachmann’s style. Is the presidential candidate really copying Sarah Palin’s look? 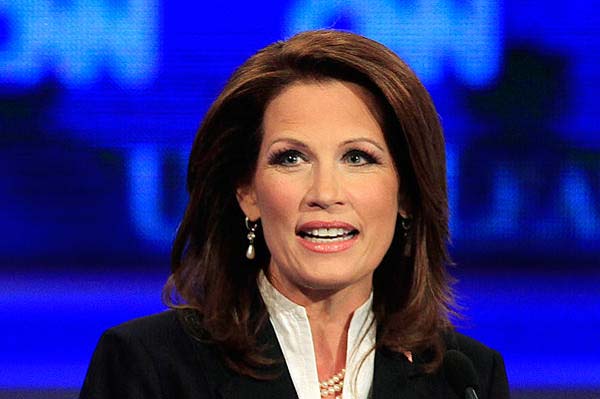 It’s still super early in the 2012 race for the White House, but that hasn’t stopped several Republican candidates from dipping their toes into the race. One of those candidates — Minnesota Sen. Michele Bachmann — has emerged as one of the frontrunners.

Bachmann has garnered comparison to another glamorous Republican: Sarah Palin. However, Bristol Palin thinks the comparisons are because Bachmann is copying her mom’s signature style.

“I think she dresses a lot like my mom,” the Dancing With the Stars alum told PopEater’s Rob Shuter of Bachmann. “But a lot, a lot of women have done that the last few years. I do think it’s odd, you know, seeing people with red blazers with their hair up with glasses.” 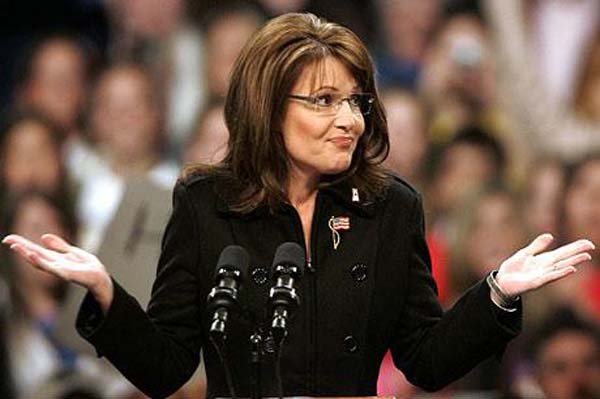 Love her or hate her, it’s hard to deny that Palin has a signature ‘look’ that many women have tried to copy.

“I don’t know if she’s wearing glasses but you want to be hummmm, do you think that people don’t notice you’re dressing like my mom?” Palin added. 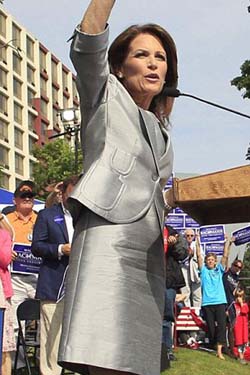 We have to admit, Bachmann is rocking the Palin look these days. She even upped the style quotient when she formally announced her bid for the White House in Iowa earlier this week. For the announcement, Bachmann wore a pale gray dress and jacket, a pearl necklace and matching earrings. Sadly, her hose and shoes detracted from the look — you have to pay attention to your shoes, Michele!

And while Bristol thinks Bachmann is stealing her mom’s look, there’s at least one person who thinks otherwise.

“It’s great to see a political candidate who does not wear her hair in a bun or hide her smoldering eye shadow with oversized spectacles, much like what has become the cartoonish beauty treatment of Sarah Palin,” Fashion and beauty PR Pierce Mattie told the UK Daily Mail.

Something tells us we’ll be doing a lot of GOP style dissection before the presidential race is over.

Who has the better style: Sarah Palin or Michele Bachmann?