Kate Middleton stole the court at Wimbledon in a white Temperley dress. Is it still available anywhere? 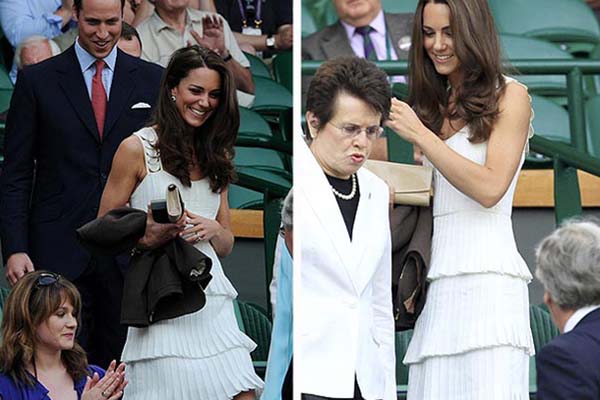 Kate Middleton has done it again! The Duchess of Cambridge wore a ruffled-and-pleated Temperley gown to take in a match at Wimbledon this weekend — and the dress is already sold out online.

However,  the real winner here was Temperley. Word quickly spread that the dress was available online for a severely marked-down price. Well, not anymore: the dress is sold out!

“We’re proud to say that Kate Middleton has been reported in the Daily Mail, Grazia and OK Magazine wearing the Temperley Moriah Dress at Wimbledon. Unfortunately we’ve now sold out of the Moriah Dress but we have plenty of other Temperley London pieces in, so be sure to get them now before they dissapear. You may not get the press attention that Kate does, but you’ll definitely turn heads,” fashion e-tailer cSee wrote on the dress’ product page.

This is becoming a common refrain at this point — every dress that Middleton wears out in public sells out in about 2.5 seconds, including the $3300 Jenny Packham dress Middleton wore to a charity gala earlier this month.

One of these days we’ll actually get our hands on a Middleton dress before it sells out. Wishful thinking? Probably — but girls can dream of looking like royalty, right?

Would you plunk down the cash to look like Kate Middleton?