Plus-sized model Robyn Lawley is dishing on her thoughts about the fashion world and self-confidence. 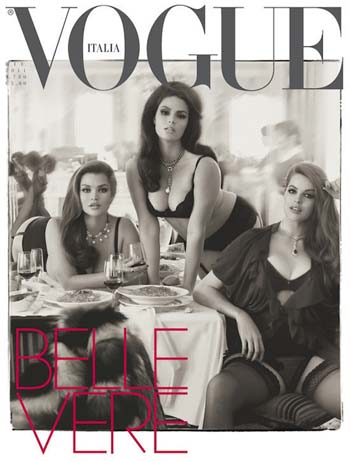 Australian-born stunner Robyn Lawley is pretty in-demand lately: She’s on the June cover of Vogue Italia and the April 2011 issue of French ELLE. Oh, and Lawley is different from most models – she’s plus-sized.

Does this signal a shift in the fashion industry’s view of beauty? We’ll have to see. For now, we’re totally loving her refreshing take on beauty, modeling and health.

On her start in modeling

“I never would have picked myself as a pretty girl, or someone who could model. My confidence in that area was pretty low, but I was confident in making people laugh instead. When I was 15, my drama teacher told me I should model, and so I went into an agency with my sister who had been telling me the same thing for quite some time. I waited a year then entered a magazine competition, which then resulted in a modeling contract.”

On her breakthrough in ELLE

“When my agent told me I was getting considered for French Elle, it was between me and this other girl, and I automatically thought she was going to get it because she’s so gorgeous. Every day leading up to the shoot, I felt I was going to be dropped because it’s so [expletive] tough for us girls to get editorial jobs. So when you get it, it’s a huge deal,” she said. 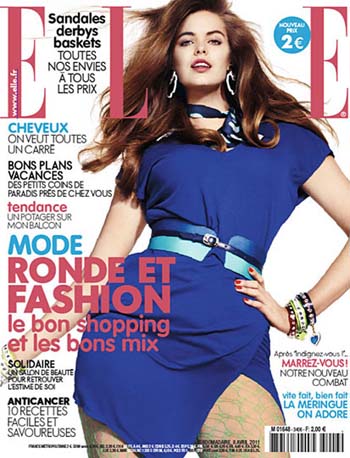 The photographers and magazine editors didn’t make her feel bad about her body.

“The shoot itself was great because they weren’t exploiting the fact that they were shooting a “plus-size” model. Instead, they just made it another fashion story. But I feel there are so many girls like me who are just as worthy of getting these jobs, and people forget that.”

On how she wants to help plus-sized girls

“I would love to change the opinion of plus-size girls. I always feel people are surprised when they work with one of us and find that we can, in fact, model very well. Just because we’re not a size zero doesn’t mean we can’t model effectively. It flabbergasts me…. we’re not all 16-year-old Russian teens. I feel every catwalk and every editorial spread should feature all different types of bodies and faces.”

What do you think of the plus-sized models on the cover of Vogue Italia?