As we continue to pour through some of our favorite red carpet looks from this month’s award shows including the MTV Music Awards and CMT Awards, we caught up with fashion designer David Meister to get the inside scoop on what goes on behind the scenes when getting a star red-carpet ready. On Monday, Meister attended the CFDA Awards (Council of Fashion Designers of America Awards) and dressed Emmanuelle Chriqui of Entourage. Find out what goes into getting glammed up — from color selections to the finishing touches. 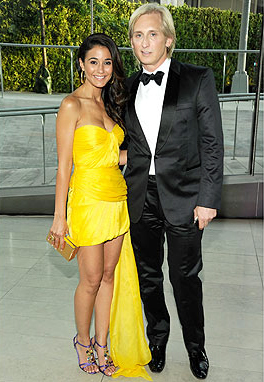 Dressing for the red caRpet

“Going to the CFDA Awards with Emmanuelle Chriqui was a blast,” Meister says. “She had worn my clothes before and is not only beautiful but also a lovely person. We actually put her look together pretty quickly.”

“Since it was summer in New York, I wanted a look that was bright, light and sexy… young simple and modern… a bold red carpet statement.”

Where does a fashion designer begin?

“I did two sketches — one strapless and one halter. I sent them to her and she agreed:  Go with the strapless,” says Meister. “Next I sent her five swatches of bright colored chiffons. I said the bright yellow was my favorite but never thought she would go for it. Lo and behold her favorite color is yellow. We made the dress, had two fittings and voila… perfection.” 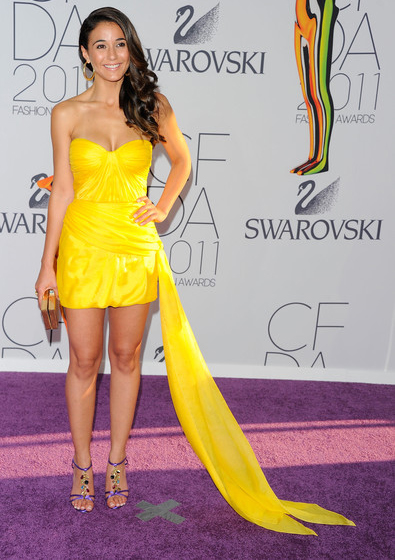 Pairing with the perfect accessories

“She has a sick body and the most beautiful skin! I shopped for the perfect shoe to finish the look and pulled several pairs. My favorite was a purple satin Manolo with jeweled charms. It was the first shoe we tried at the fitting and we all loved it.”

“The rest of the look was easy: Simple gold hoops from Ippolita. Since we were going for a simple sexy look with a nod to Old Hollywood glamour, her hair was done in soft waves. We both had a blast doing this together! Think we knocked this one out of the park. Can’t wait to dress her again. Definitely have made a new friend.”

The man behind the dress 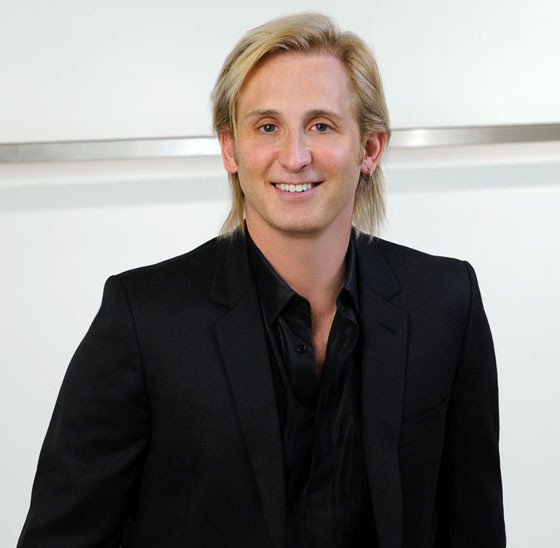 Meister has been recognized alongside some of the most respected figures in American fashion — Vera Wang, Michael Kors and Marchesa, to name just a few. His name is synonymous with sophisticated, beautiful, body-conscious women’s wear and his list of devotees reads like a who’s-who in the world of fashion, entertainment and culture. Meister’s designs are a red carpet staple, gracing the frames of some of the most recognized women in Hollywood including Diane Lane, Katherine Heigl, Queen Latifah, Fergie, Felicity Huffman, Tina Fey, Demi Lovato, Drew Barrymore, Sigourney Weaver, Jamie Lee Curtis and Sharon Stone.

A popular television personality, Meister is a regular on the Joy Behar Show panels and has also appeared on numerous news and entertainment programs including Access Hollywood, The Today Show, Good Day LA, The Insider, TV Guide’s The Fashion Team, E! That Morning Show, Today in LA and Hollyscoop.

9 hrs ago
by Summer Cartwright