Yes, beach waves are still so very in — especially as the weather heats up for summer. Kristen Stewart chose the 2011 MTV Movie Awards to showcase this sexy, no fuss no muss hairstyle. And she did it well. To recreate Kristen’s low-key yet sexy spent-the-day-at-the-beach waves, SheKnows gives you the following instructions. 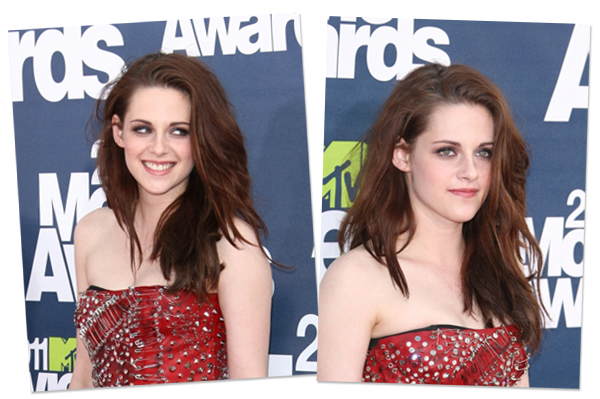 When you get out of the shower after washing your hair, towel dry and run a comb through it.

Put a small amount of mousse or product designed to make beach waves into your hand.

Using the product on your hands and fingers, scrunch your hair to distribute the product.

Let hair air dry while scrunching the hair in your hands every now and then.

Leave it alone! The trick to beach waves like Kristen wore at the 2011 MTV Movie Awards is not to comb through them. So enjoy a day off from messing with your hair throughout the day.

6 hrs ago
by Danielle Cohen

9 hrs ago
by Brittany Leitner