With its world-class restaurants, hotels, shops and nightclubs, New York City is a playground for Hollywood celebrities, fashion models and moguls. But you don’t have to be a star to get treated like one. Here are SheKnows’ recommendations for where to go to feel like (and possibly spot) a celebrity on your next trip to the Big Apple. 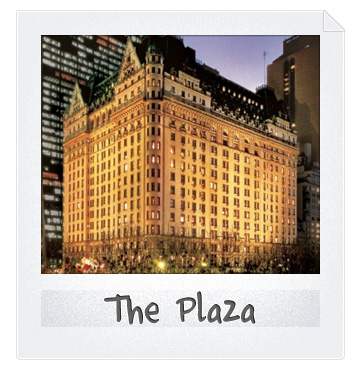 This New York City landmark is where Michael Douglas and Catherine Zeta-Jones said “I do,” and Tom Cruise and Katie Holmes shared tea time with daughter Suri in the Palm Court. The Plaza is also where a crazed Charlie Sheen infamously flipped out and trashed a room. But you too can live in luxury at the famed hotel, which re-opened in 2008 after a $400 million hotel renovation. Rates start at $695 per night and go up to $20,000 per night for the Royal Plaza Suite. 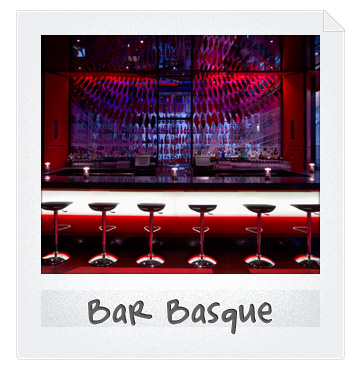 One of the finest modern Japanese restaurants in the city is Matsuri, acclaimed chef Tadashi Ono’s stunning eatery in Chelsea’s Maritime Hotel. From hand-cut rolls to elevated seafood dishes and desserts (the green tea tiramisu is divine), the food is savory and authentic. This dimly lit, lantern-strewn subterranean hangout has played host to A-list stars including Nicole Kidman, Blake Lively, and Gwyneth Paltrow. Celeb sighting: During dinner at Matsuri, we spotted Susan Sarandon and her daughter!

This futuristic Spanish restaurant in the new Eventi Hotel draws a fashion industry crowd. As compelling as Syd Mead’s stark red and black décor is (he designed the science fiction classic Blade Runner), executive chef Yuji Fujinaga’s cuisine is equally intriguing. Tapas offerings unique to the Basque region, known as pintxos, include wild mushroom croquettes and spicy fried Spanish green olives. Make a reservation for dinner or sample from the extensive wine list in the bar and lounge area.

Scrumptious, reasonably priced Italian fare (fresh antipasti, wood-oven pizza, homemade pastas, succulent seafood dishes) awaits you at Serafina. With five snazzy locations, pick the restaurant closest to your hotel. Queen Latifah, Cameron Diaz and Katie Holmes are partial to the Serafina on 61st between Park and Madison Avenues. And Kim Kardashian is a fan of the Serafina attached to the Dream Hotel on 55th Street and Broadway. 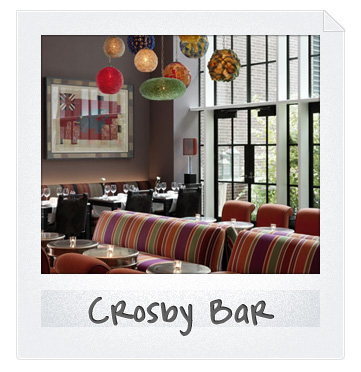 Fans of Bravo’s Top Chef should dine at this French brasserie in Tribeca’s hip Smyth Hotel. Plein Sud (meaning “Far South”) is helmed by the show’s Season 7 alum Ed Cotton, and the rustic eatery has been featured on E!’s Kourtney & Kim Take New York. Sophia Vergara and Gina Gershon are also fans. Highlights include artisinal flatbreads baked in the brick oven and hearty entrées such as steak au poivre. The party continues downstairs at Toro Lounge.