What are awards shows without a few fashion oh-no-they-did-not-wear-that moments? Check out our thoughts on who missed the mark at the 2011 MTV Movie Awards.

We pretty much live for these moments — you know, the moments when we get to critique celebs’ awards show looks. Surprisingly, Sunday night’s MTV Movie Awards didn’t give us too many cringeworthy moments. We can’t decide if we’re happy or upset about this development, though. 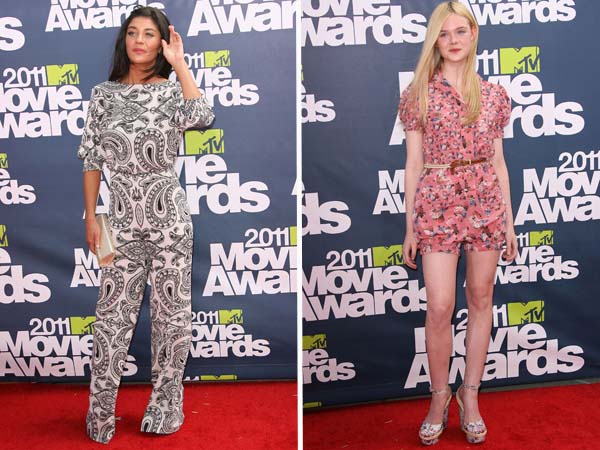 Former Gossip Girl star Jessica Szohr showed up on the MTV Movie Awards red carpet in an alice + olivia by Stacey Bendet jumpsuit. We’ve taken to calling it a paisley nightmare. Fitting, no?

We’re giving young Elle Fanning a break here — she’s young, so she’s allowed to pick a floral Dolce & Gabbana romper like this for awards shows. She makes it cute — but this is Sunday-in-the-park cute, not red carpet cute. We do like her wedges, though. 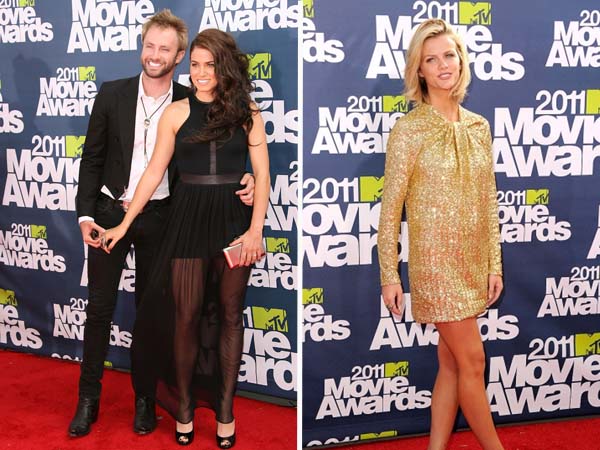 We’ll give Nikki Reed a break here — we doubt she had a lot of time to think about her outfit for the 2011 MTV Movie Awards, after just getting engaged to American Idol heartthrob Paul McDonald and all. We’re still not feeling this black Heather dress — a knock-off of a Spring 2011 Lanvin dress. What’s with the see-through chiffon bottom? She would have looked great without it.

And then there’s Brooklyn Decker. Honestly, we try to find a reason to hate her, but she seems so down to earth. That’s why we’re disappointed in this gold No.21 dress. The color looks good with her skin tone, but the shapeless shift dress does nothing for her bangin’ bod. Agree?

TELL US: Who was the worst dressed star at the 2011 MTV Movie Awards?