Christina Hendricks says her breasts are totally real. Do we believe her? 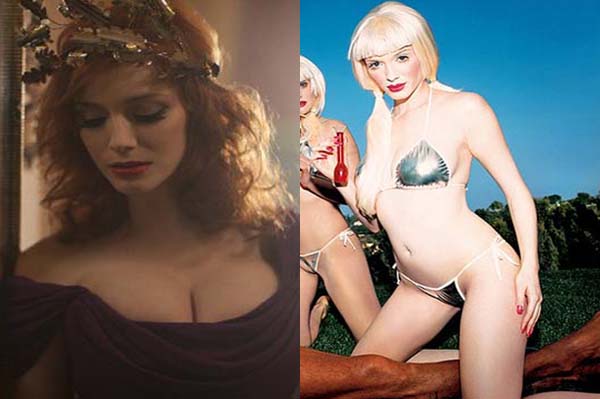 Mad Men stunner Christina Hendricks is speaking out — again — on her bodacious body. This time, she’s calling out people who think her breasts come courtesy of a knife.

“It’s so bizarre that people are constantly asking if my breasts are real or fake,” the 36-year-old Hendricks said. “They’re so obviously real that anyone who’s ever seen or touched a breast would know.”

“If there’s anything to be learned from me it’s that I’m learning to celebrate what I was born with, even though it’s sometimes been inconvenient,” she said. “Having larger breasts has made it harder for me to shop throughout the years, but I’ve learned to love it.”

That’s all fine and great, except some Playboy photos from Hendricks’ past show that her cleavage might not be 100 percent natural.

The photos — taken in 2001 — show a pre-fame Hendricks posing in a bikini. Her breasts are amble, but nowhere near as big as they are now.

We think she looks incredible either way, so why lie about it? It looks like she’s had implants and then gained a few pounds to add to their “fleshiness.”

We just don’t get why celebs don’t admit to their plastic surgery dalliances. We don’t really care either way — so why lie?

The Born This Way singer claims she’s never gone under the knife to enhance her face and body.

“I have never had plastic surgery, and there are many pop singers who have. I think that promoting insecurity in the form of plastic surgery is infinitely more harmful than an artistic expression related to body modification,” Gaga said. 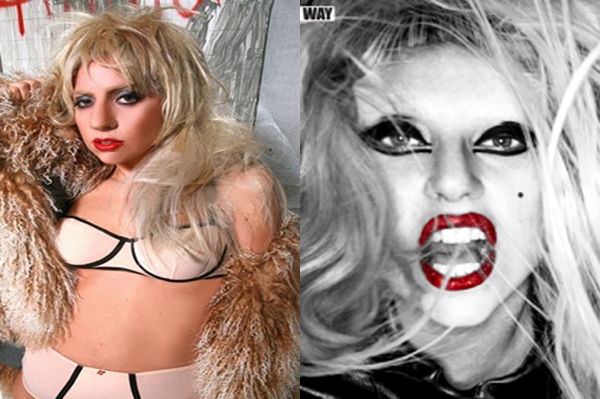 We’re not sure we believe her: It looks like she’s at least had a nose job. Some writers even claim that she’s had chin implants.

Kim Kardashian is gorgeous — and she claims that it’s all her.

“Rumors don’t bother me anymore. I’ve read that I’ve had my lips done. I’ve always had big lips. Look at my baby pictures. It’s ridiculous. Or they’ll show one picture of me today and one tomorrow, and say I’ve had my nose done in between. When? Didn’t you just see me yesterday? And how many times have I ‘had my butt done’? People’s logic is so weird. I don’t know why they bother!” the reality star said in a 2010 interview in Self. 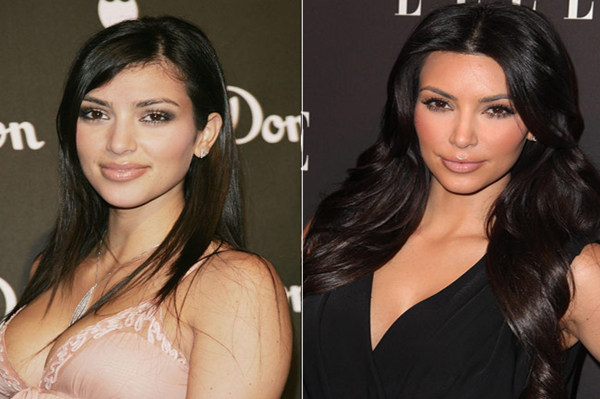 We’re not so sure — we think people are onto something with the butt implant rumors. Her ex even claims that she has breast implants, liposuction and a nose job too.

TELL US: Do you think these celebs get plastic surgery?

Christina Hendricks is the new face of Vivienne Westwood jewelry
Oprah’s Top 10 hairstyles across the decades
Justin Bieber’s Someday fragrance: Would you wear it?