Famed celebrity photographer Terry Richardson is now a celebrity in his own right, thanks to his signature aviator-and-red flannel look. Now, MOSCOT is offering replicas of the glasses that made the man famous. 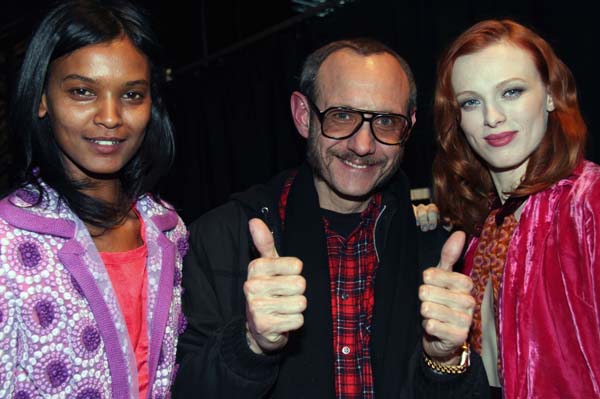 Photographer Terry Richardson has spent thousands of hours capturing everyone from Lady Gaga to Ashley Olsen to Jared Leto. His high-profile photo shoots have turned him into a celebrity in his own right.

“Made for the man who has spent countless hours shooting his own originals, MOSCOT introduces The TERRY LE — a new limited edition collaboration inspired by iconic photographer, Terry Richardson and his signature aviator specs,” the retailer wrote on its website.

“A fixture on Terry, and often spotted on the faces of his subjects and the celebrities he shoots, The TERRY LE is as angular as it is oversized — essential for hours spent creating magic behind the lens.”

Yowza! We’re sure some hipster-types are going to snap these up quick, but we’ll stick to admiring his work.

TELL US: Would you plunk down $290 for a pair of TERRY LE aviators?