Britney Spears covers the new issue of Harpar’s Bazaar and she’s dishing on everything from boyfriend Jason Trawick to her most memorable fashion moments. What stands out for the Queen of Pop? 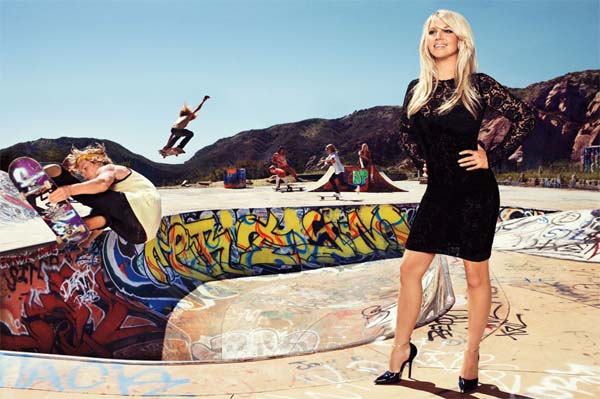 Britney Spears is back on top — again! — with her new album Femme Fatale and summer tour with Nicki Minaj. Brit has come a long way over the past few years — and now she’s showing off her still-incredible body in the June issue of Harpar’s Bazaar.

What does Brit Brit have to say about her fashion evolution? Plenty!

Spears loves curls! She told Harpar’s Bazaar that her favorite look was when she rocked a head full of luscious curls.

“I went to the Grammys in 2002, and I had really curly, curly hair. I had a red dress on. It wasn’t short and saucy; it was a long red dress. That dress was fun,” Spears said. 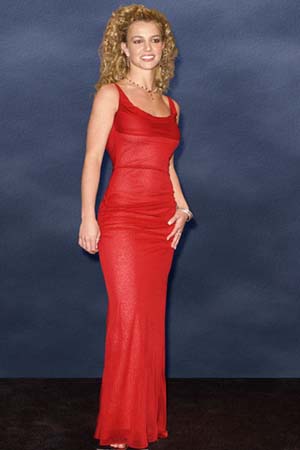 “Ten years ago at the Billboard awards, I wore this orange hat and orange bra and orange booty pants and purple fishnets. Oh, and I had an orange jacket on,” Spears said. “…I actually thought I looked hot at the time. But, um, I definitely stood out. I thought it was just a marvelous idea to wear this purple and orange outfit; it was like high school colors. I was a cheerleader for a school I didn’t know. People were talking about it, but not in a good way.” 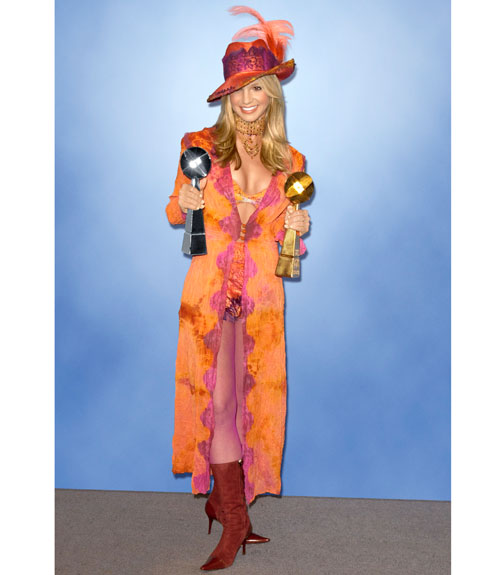 Yeah, Brit — we have to agree with you on this.

On working out for the tour

“I love to dance, so it’s very exciting. The tour rehearsals have been going really well. I think it will be my best show yet,” Spears said. 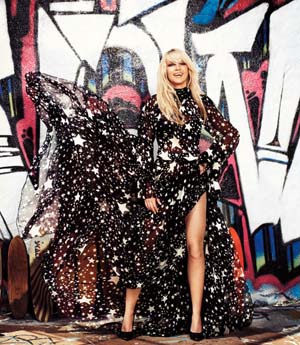 TELL US: Do you agree with Britney’s fashion hits & misses?