When vacationing in Florida, be sure to visit some of the state’s best amusement parks. From EPCOT at Disney World to Busch Gardens in Tampa, Florida offers some of the best theme parks in the country, with amazing thrill rides, animal shows, water adventures, 3D films, live performances and other attractions. 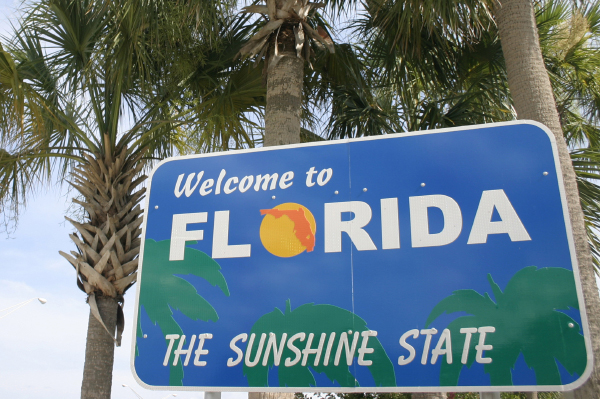 Walt Disney World is home to four separate theme parks, with the Magic Kingdom being the most popular. Highlights of the park include Cinderella’s castle and its surrounding themed lands — Fantasyland, Tomorrowland, Adventureland, Frontierland, Mickey’s Toontown, Liberty Square and Main Street USA. Favorite rides include Pirates of the Caribbean, The Haunted Mansion (more of an experience than a ride), It’s a Small World, Space Mountain and Splash Mountain.

Looking for adventure? Check out the best rollercoasters in the US >>

Open year-round, Busch Gardens Tampa features animal exhibits, shows, rides, tours and other attractions. Busch Gardens combines a zoo and a theme park in one fabulous family destination. To get the most bang for your buck, ask about the multi-park ticket deals from Busch Entertainment. For one price, you get admission to Busch Gardens Tampa, SeaWorld Orlando, Discovery Cove and Aquatica waterpark. At Busch Gardens, your family will love the Rhino Rally safari and river ride, Edge of Africa safari experience, Montu inverted roller coaster, and many more animal exhibits, thrill rides and play sections.

Walt Disney World is more than the Magic Kingdom and EPCOT. Your family will also love Disney’s Hollywood Studios (formerly Disney-MGM Studios), Animal Kingdom, Typhoon Lagoon and Blizzard Beach. You’ll need a week or two to truly enjoy all that the Disney World parks have to offer.

When you’re planning your next vacation, consider visiting one of these Florida theme parks. Florida is a fabulous vacation destination for families because of the state’s many theme parks, beaches and other terrific attractions. And even better, the weather is nice enough in Florida that the amusement parks and rides can stay open year-round.

Check out more about the top theme parks in the country >>