Children and adults alike love to learn more about marine life at some of the country’s best aquariums and marine parks. These attractions feature shark tanks, penguin shows, thrill rides and, of course, killer whales. 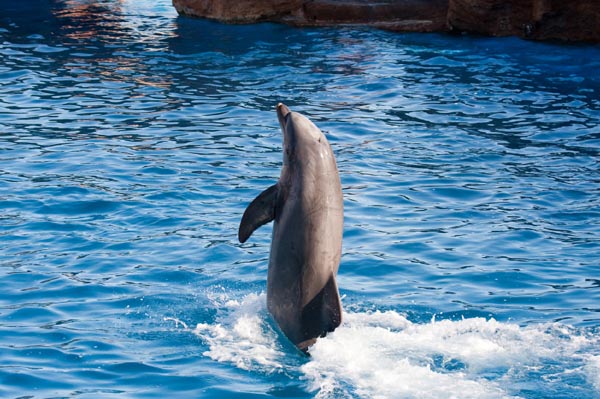 You can’t talk about marine parks and aquariums without starting with SeaWorld. SeaWorld features locations in Orlando, Florida; San Diego, California; and San Antonio, Texas. The parks feature orca, sea lion, penguin and dolphin shows, as well as thrill rides. One of the most popular attractions is Shark Encounter, where visitors are submerged into a shark tank inside an acrylic tube. Kids love the penguins, seals, walruses, beluga whales and other marine animals. SeaWorld’s main draw is its killer whales. SeaWorld is currently home to 19 different killer whales in its three locations. Shamu was the real name of the first killer whale brought to SeaWorld San Diego back in the 1960s and is often used as the stage name of the animals today.

Georgia Aquarium, in downtown Atlanta, is the world’s largest aquarium. The aquarium features more than 8.5 million gallons of water, which house more than 100,000 animals of 500 different species. Many visitors enjoy seeing the young whale sharks, beluga whales and manta rays that make their home at Georgia Aquarium. All the aquarium’s animals are located in five different galleries, each corresponding to a different environment — Georgia Explorer, Tropical Diver, Ocean Voyager, Cold Water Quest and River Scout. Georgia Aquarium also features a 4D movie ride and other attractions that adults and kids of all ages enjoy.

Wanna take a dip? Check out the best waterparks in the country >>

The Seas with Nemo & Friends

While in Florida, don’t miss The Seas with Nemo & Friends (formerly The Living Seas) in Epcot at Disney World. This pavilion opened in 1986 and is themed for kids as an underwater exploration base. The enormous saltwater tank holds 5.7 million gallons of water. Highlights include the interactive show Turtle Talk with Crush, where the sea turtle from Finding Nemo answers kids’ questions, and, of course, The Seas with Nemo & Friends, where visitors ride aboard “clamobiles” and follow the action inside the Living Seas aquarium. If you’re a certified SCUBA diver, ask about the 40-minute underwater tour of the 5.7 million gallon tank. The three-hour adventure includes a guided underwater tour, free time and a backstage tour.

Check out the best theme parks in the country >>