Working Mom 3.0 chronicles the journey women are taking to reinvent what it means to be a “working mom.” In this installment, Stephanie Taylor Christensen shares three ways you can find your next big little business idea using Bethenny Frankel’s success story as an example. 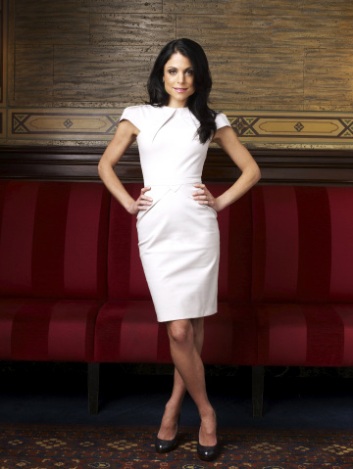 If you enjoy reality TV, and/or guilt-free cocktails, you may have heard of Bethenny Frankel. She is a natural foods chef turned reality TV star on the Bravo network. In addition to being a wife and new mother, she is officially now a mega-mogul, thanks to what she calls her “acorn of an idea,” Skinnygirl cocktails. As chronicled on the finale episode of her Bravo TV spin-off series Bethenny Ever After?, she recently sold the brand to Beam Global (as in Jim Beam), for a hefty sum. (The finances behind the deal are legally under lock and key, but it’s been speculated that the final price tag was $120 million).

For fans of Bravo TV’s series Real Housewives of New York City, which featured Frankel’s evolution over the years from single, hard-working girl, to even harder-working wife, new mom and entrepreneur, there is no question that she paid her proverbial dues to achieve career success. Being featured on various reality TV shows certainly helped brand-building efforts, but the most inspiring aspect of Frankel’s success is that the mega-opportunities came to fruition when she stepped off the expected path of her official “professional role,” and acted on an idea that she truly believed in.

Her story is a bit of a Cinderalla tale for all working moms and women striving for a non-traditional career path. Despite what the naysayers tell you, every woman has their own little idea that could transform into much more. Here are some ways to keep those creative juices flowing and stay inspired by your work each day.

1.  Top what others are doing.

Every good idea does not need to involve a new invention or innovation; it simply needs to serve a need in the market that does not currently exist. Take a look around your home and think about why you buy certain items. What needs do you have in your life that still lack a solution?

Make a habit of writing down every business or career idea that you have on a notepad that you carry with you. No idea is too dull, big or crazy. Take inventory of your thoughts once every two weeks and expand on anything that might have “legs.” Not all ideas will be winners, but one day, one might be!

Schedule regular time to get away from the computer, home and office, and take a calm walk or jog to reflect on new ideas you can bring to your career and business. Don’t focus on workout goals or calories burned; view the time as an opportunity to let the “blockage” of daily tasks flow out of your mind, so that new, fresh ideas can flow in.

Quotes from successful female entrepreneurs
Is it time for a new career?
No sick days for self-employed moms