Think organic and natural foods are the same thing? Think again! So what’s the difference, and which is better? 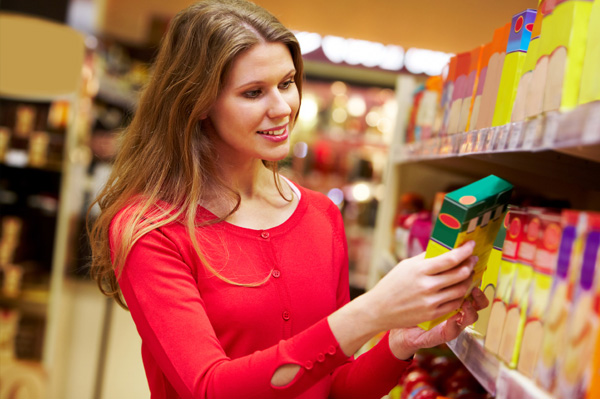 The quest for healthier bodies and a healthier planet have driven up the popularity of organic foods in recent years. Nearly every supermarket has an organic section, and some entire stores are dedicated to organic food. There’s another label that’s been popping up lately as well, and not everyone knows what it means. Foods labeled as “natural” are found shelved with conventional foods, and are often cheaper than those labeled “organic.” So what’s the difference?

Organic is used to describe the way foods are grown and produced. In order to qualify as organic, the food must be prepared according to strict guidelines set by the United States Department of Agriculture (USDA). Organic foods are grown without pesticides, chemicals or hormones. Instead of controlling disease and infestations with chemicals, farmers use traps, mulch and beneficial insects. Organic farmers fertilize with manure and allow animals to roam the outdoors.

Farmers and food manufacturers can’t just slap organic labels on their food. They have to prove they’ve followed organic standards, which are strictly regulated. Organic certification is a guarantee the food you’re eating has been grown and processed according to the USDA’s organic standards.

Organic practices not only reduce the amount of harsh chemicals passed on to consumers, they also reduce pollution and encourage the consolidation of water and soil.

The lines that define organic foods are clearly defined, but the definition of natural foods is much fuzzier.

There is no regulation by the USDA or the FDA regarding the use of “natural” labels. The term “natural” is defined by the Food Marketing Institute as food that is minimally processed and has few additives. It’s meant to fall someplace between the two extremes of organic and conventional foods. The lack of regulation for this label, though, means those guidelines aren’t guaranteed. When you purchase organic food, you know exactly what you’re getting, but with natural foods you may get more than you bargained for.

There’s no question that organic farming and food production is better for the Earth, but is it better for you? Scientists are still undecided on that front. While it probably is a good idea to avoid as many pesticides, chemicals and hormones that you can, nothing has proven that organic and natural foods provide more nutrition than conventional foods.

Plan a week of organic meals >>

Not every aspect of organic food means a better deal for the consumer. Organic food may be better for your body, but it’s hard on your wallet with much higher costs than conventional foods. It also has a much shorter shelf life due to the lack of added preservatives and produce coatings, so it goes to waste much more quickly.

More on healthy eating on sheknows