Despite the advancements women have made in the workforce, a gender gap and bias is still alive and well, according to a new study. But women can counteract the bias, with the support of a surprising ally. 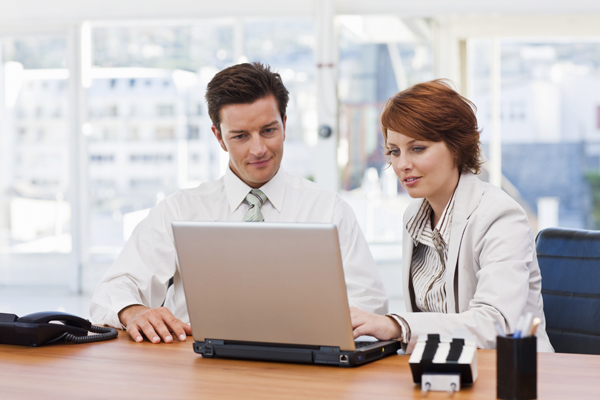 According to a study by the Center for Gender in Organizations (CGO) at the Simmons School of Management, gender bias is still working against professional women. However, it also found that women can counteract it — with the support of key male leaders.

The percentage of women who are corporate officers in Fortune 500 companies has inched up over the past 10 years — but it’s still just 14 percent, according to the CGO. It could partly be attributed to “second-generation gender bias.” While most companies have taken a hard stance on overt gender discrimination, bias of the second generation sort is still present. The bias lies in “thankless” tasks like problem resolution and “soft skills” that women seem to be more adept at handling than men.

It’s something of a catch-22. According to the CGO, women consistently outperform men in standardized leadership tests when it comes to management skills like “setting high standards, driving for results, motivating staff and building high-performing teams.” However, these important yet “invisible” accomplishments and tasks are often the root cause of second-generation gender bias, and ultimately limit women from advancing at work. While few will deny the value such skills bring to the workplace, they’re far less measurable and their impact to the bottom line is harder to quantify than issues men typically devote time to, like cost-cutting, efficiency and acquisition strategies.

The CGO’s research suggests that these subtle gender issues are deeply embedded in organizational cultures, and play a pivotal role in women’s paths to leadership. The authors of the study argue that “these dynamics play out in the context of formal systems of hiring, promotion and compensation.”

Narrow the wage gap with these tips on salary negotiation >>

There is some good news — the biases can be counteracted, with support from the right people. While one might assume that the greatest ally when dealing with a workplace issue would be a leader of the same gender, the CGO’s research surprisingly indicates the opposite. According to the study, male leaders were actually more effective in resolving second-generation gender bias for women who sought their help.

The CGO explains that it may inherently have to do with the fact that more men hold pivotal leadership positions, and that “dealing with [gender biases] requires leadership from the top of the organizations.” The involvement of a male boss also limits the possible perception from others that the “supporting” person has experienced workplace gender issues themselves.

3 Ways to take control of your career >>

Building active lines of communication and alliances with male leaders is critical for professional women to ease second-generation gender bias and reach their full professional potential, according to the study. Dr. Spela Trefalt, who co-authored the study, said “our research indicates that alliances between women and men are essential for closing the women’s leadership gap, and that senior male managers need to be actively engaged in the change process.”