Gone are the days of needing a desktop or laptop computer to access the internet. Today we have smaller, portable devices that let us surf the web no matter where we are. 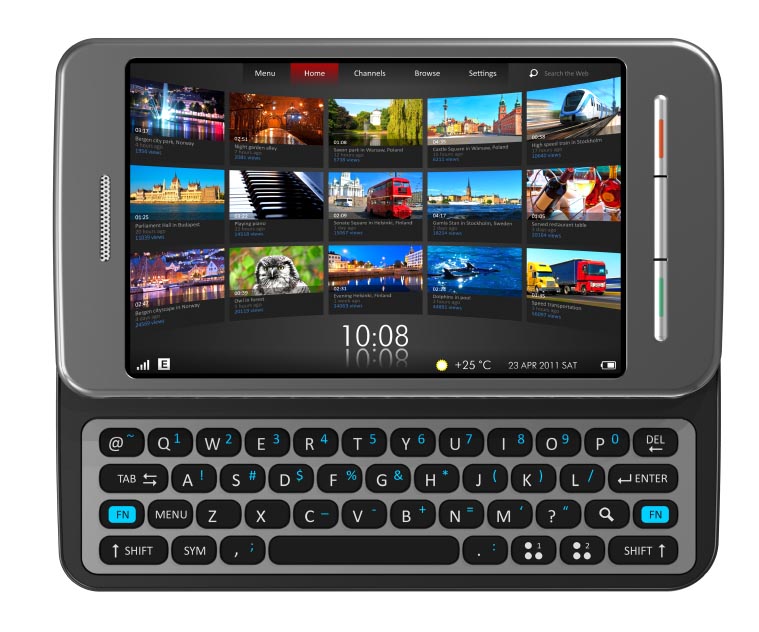 Are you sick of that massive desktop computer taking up precious space in your home? Are you tired of lugging around that heavy laptop? No problem. With smaller devices like web-enabled phones, tablets and netbooks, you can have access to the Internet no matter where you are, without the hassle of a big computer.

Web-enabled phones and smartphones have revolutionized the world of cell phones. No longer are they just for making calls. In fact, if you’re shopping for a cell phone, it’s difficult to find one that stops at just making phone calls. Cell phones with web access are now used for checking e-mail, social networking and so much more. Shoppers use web-enabled phones to comparison shop at one store while standing in another. Travelers use web-enabled phones to get directions and find things to do without lugging around maps. If you’re a business woman, you can use a web-enabled cell phone to keep in touch with your office from anywhere in the world. Some of the most popular web-enabled phones include the iPhone, BlackBerry and Android, although there are many to choose from.

Do I really need a cell phone and a home phone? >>

Web access to these devices is usually set up through your cell phone provider. Make sure you know what type of plan you have before you use your phone’s Internet feature. While some plans allow for unlimited Internet access, others charge for every time you click a button.

Tablet computers fall somewhere between a cell phone and a laptop, both in size and capabilities. They’re flat, and about the size of a tablet of paper, hence the name. Some tablets have a cell phone feature, while others do not. Many can be connected to a cellular network for Internet access, while others have Wi-Fi capabilities. Tablets with Wi-Fi capabilities are cheaper than models that connect to networks, and don’t come with the monthly network fees. Tablets often use touch-screen technology, but can also use keyboards. While tablets can’t completely replace cell phones or laptop computers, they do provide a portable solution to a computer. Tablets are light and fit nicely in bags or binders. Their larger screens are often preferred to cell phones for reading eBooks and documents, as well as for photo editing and watching video. Some of the more popular tablet models include the Apple iPad, Samsung Galaxy and HP Slate.

A techie’s guide to style >>

A netbook looks just like a laptop, only smaller. These extremely portable devices, usually with 7- to 10-inch screens, are more lightweight than a traditional laptop. They’ll also take a smaller chunk out of your wallet, usually costing between $300 and $400 dollars. They run many of the same programs as a traditional laptop, but do not have disc drives, so an external drive is needed to load information off of a disc. Netbooks are great for students, for checking email and doing basic computer work, but they have small processors so they can’t run several programs at once or run programs like video games. Netbooks also have smaller batteries than traditional laptops, meaning they can’t run as long without being plugged in. It is possible to purchase netbooks with larger batteries, although this makes them bulkier and heavier.

Tips for buying your teen her first computer >>