Suri Cruise just celebrated her birthday. We’re honoring the birthday girl by showing off some of her best looks!

It’s not often that a small child makes us feel inferior, but we bow down to the fierce fashion icon that is Suri Cruise. The daughter of Katie Holmes and Tom Cruise turned five – yes, five! – on Monday.

Little Suri is the epitome of girly-girl fashion, but she’s still just a teeny little thing.

“This is my favorite day of the year, so we’re going to have a little tea party,” Holmes told Ryan Seacrest of Suri’s birthday plans.

“She wants a piñata, and wants her girlfriends to come over [for] some swimming,” Holmes said. “And we’re going to make a cake together.”

In honor of her birthday, we’ve put together a few photos of some of Suri’s fiercest outfits over her short life. Yep, we’re jealous of a five-year-old.

Suri makes her way out of her Manhattan with her assistant — sorry, her mom — Katie Holmes. The little Diva was obviously not feeling the paparazzi, but she looked adorable in her pink headband and purple heels. 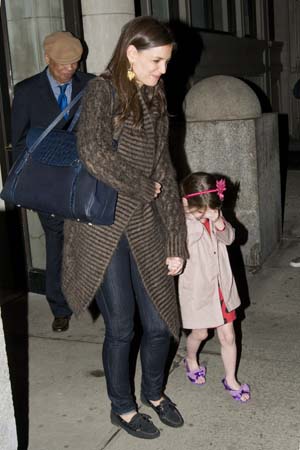 Suri and her bff elephant

Suri and her nanny made their way outside her Manhattan apartment in March. Love the socks and Mary Janes! 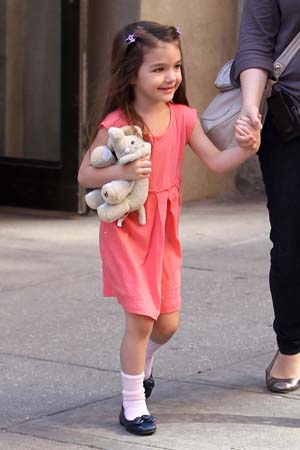 Check out Suri’s leopard-print flats during a 2010 Easter outing. Check out the chocolate on her dress — she makes it fashionable! 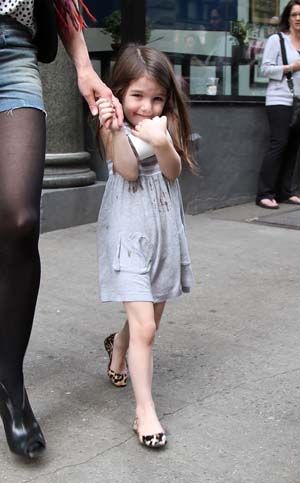 Suri and her ride

Being the super fab daughter of Tom Cruise and Katie Holmes has its perks — like private jet jaunts all over the world. We’d like that dress in an adult size, please. 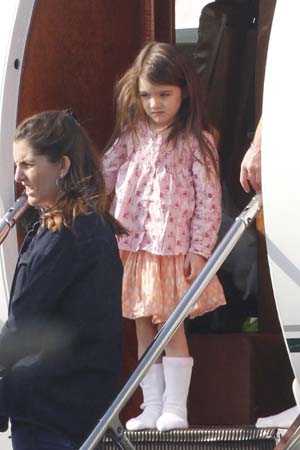 Suri only shops in Soho

Suri Cruise recently went on a shopping trip in Manhattan’s Soho neighborhood — and she was nice enough to let her mom and step-sister tag along. Love the dress-and-wellies combo! 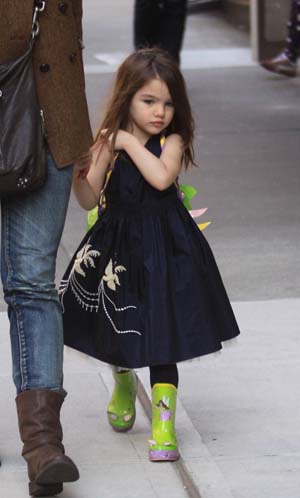