The 2011 Coachella Festival kicked off on Friday — and plenty of celebs were on hand to check out the music. What were they wearing?

The 12th installment of the Coachella Valley Music And Arts Festival kicked off Friday at Empire Polo Fields in Indio, Calif. with performances from Lauryn Hill, Cee-Lo Green and Kings of Leon. Of course, plenty of celebs were there to take in the music and atmosphere at the popular musical festival.

We like the acts performing at Coachella 2011 – you can watch the live feed at the official event website – but we’re much more into the celebrity style. The celebs at day one of Coachella didn’t disappoint – we saw a lot of boho chic and breezy styles that made us long for summer.

Check out the following days at Coachella:

Check out a few of our favorite celeb looks from day one of Coachella 2011.

Reality star and fashion designer Whitney Port arrived at Coachella 2011 with her boyfriend, Ben Nemtin, in tow. Port rocked a simple white mini dress with fringe detail. We’re not really feeling the lace-up shoes, sandals would have been a better choice. Our favorite is her bf’s shorts — hello color! 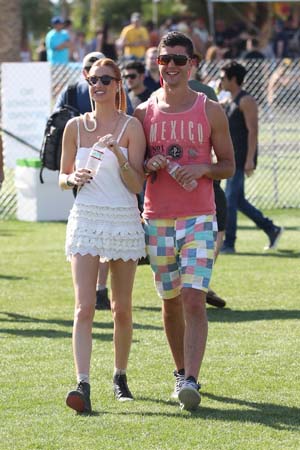 Twilight star Ashley Greene arrived at Coachella in super-short denim shorts, bikini top and breezy tank. Was she there to see her rumored boyfriend — Kings of Leon bassist Jared Followill? We’d put money on it. 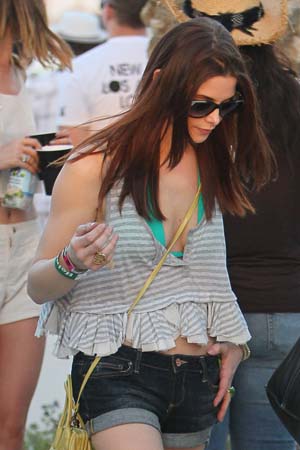 Burlesque star Dita Von Teese made a statement on the Coachella fields with her gorgeous alabaster skin and colorful shirtdress. We can’t imagine wearing something similar — but she pulls it off, don’t you think? 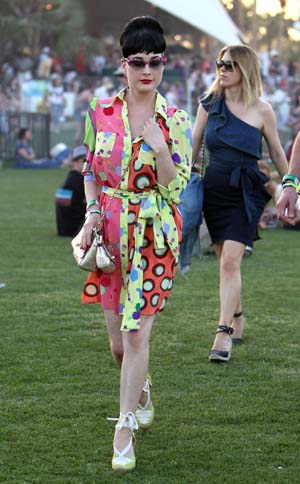 Actress Vanessa Hudgens‘ boho chic covergirl look is pretty ballsy — and we love it. She always has the hippie vibe going on — and we’re pretty jealous of her super-toned abs (still.) 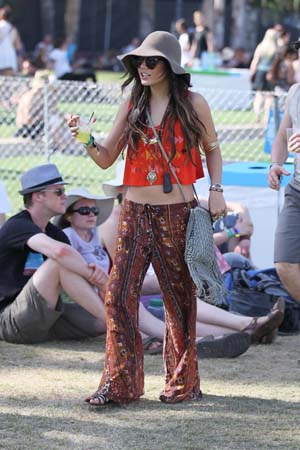 Victoria’s Secret Angel Alessandra Ambrosio looks cover-girl hot in her white-dress-and-boots combot outfit. She was spotted smooching on the grass with her husband, businessman Jamie Mazur. 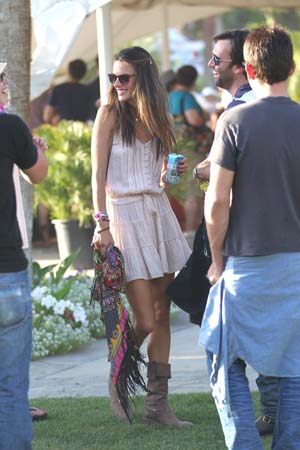 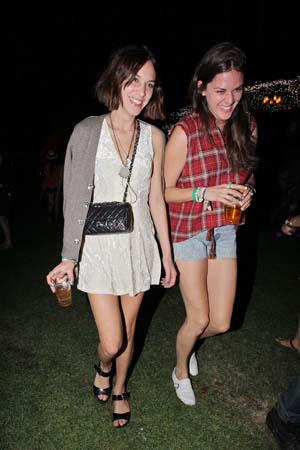 Heiress Nicky Hilton arrived at Coachella with her longtime boyfriend, David Katzenberg. That dress is super cute –and dangerously short. Maybe it’s a coverup for a bathing suit? 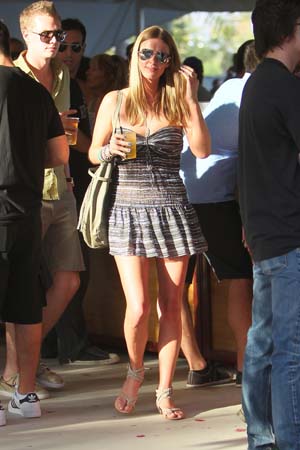 Actress Kate Bosworth arrived at Coachella with boyfriend Alexander Skarsgard. We’re loving her simple black maxi dress — and having Skarsgard as her accessory is pretty hot too. 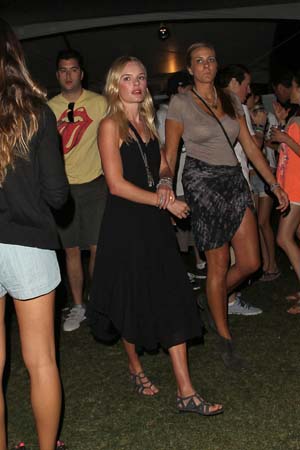 What’s your favorite look from Coachella 2011 so far?