Lady Gaga is this month’s Harpar’s Bazaar cover girl. What does she reveal about her plastic surgery past? 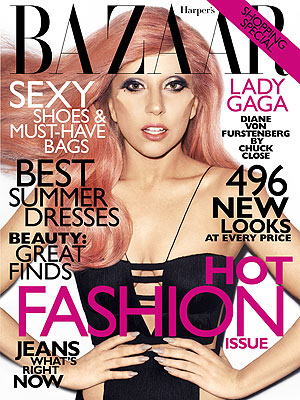 Lady Gaga is the cover girl on the May 2011 issue of Harpar’s Bazaar – and you aren’t going to believe what she’s saying now. The singer – sporting mini-horns in honor of Born This Way – told the magazine that late designer Alexander McQueen now “works” through her.

“I think he planned the whole thing: Right after he died, I wrote Born This Way. I think he’s up in heaven with fashion strings in his hands, marionetting away, planning this whole thing,” she said. 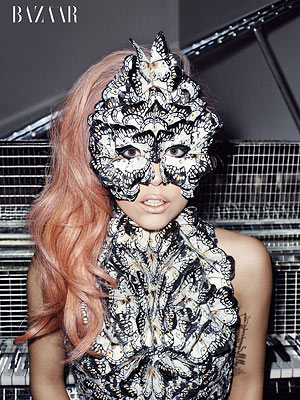 Lady Gaga was convinced when her label released the single on the anniversary of McQueen’s death.

“When I heard that, I knew he planned the whole damn thing. I didn’t even write the f–king song. He did!” 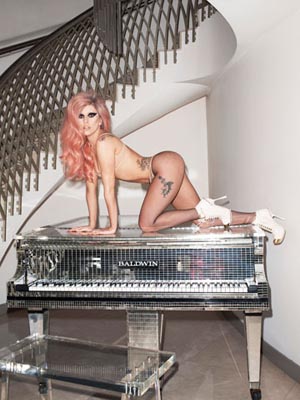 Gaga also says she’s never had plasitic surgery, despite claims to the contrary.

“I have never had plastic surgery, and there are many pop singers who have,” she said.

“I think that promoting insecurity in the form of plastic surgery is infinitely more harmful than an artistic expression related to body modification.”

I am an artist,” Gaga said of the mini-horns she’s sporting as of late. “And I have the ability and the free will to choose the way the world will envision me.”

Famed photographer Terry Richardson shot Lady Gaga’s Harpar’s Bazaar photos – you can check out the whole thing when it hits newsstands on April 26.

What do you think of Lady Gaga’s Harpar’s Bazaar cover?

Lady Gaga designs bracelets for Japan earthquake relief
Gwen Stefani: From No Doubt to the cover of ELLE
Starlets rock mini-dresses at the Scream 4 premiere