Scream 4 is finally ready for theatre! But first, stars of the latest installment in the super popular horror franchise walked the red carpet at the film’s premiere.

Stars turned out in their Monday night best to take in the long-awaited premiere of Scream 4 at Grauman’s Chinese Theatre in Hollywood. Stars of the horror flick graced the red carpet in gorgeous form-fitting dresses from Zac Posen, Burberry and Elie Saab, among others.

Actress Emma Roberts landed one of her first headlining roles in Scream 4 — and she celebrated with this blue Burberry stunner. 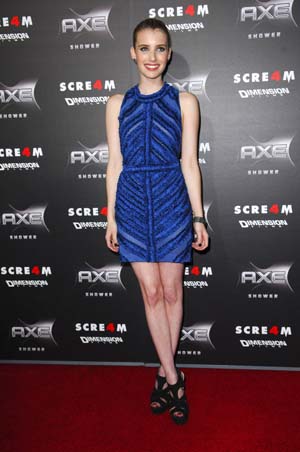 Hayden Panettiere is positively stunning in this red Zac Posen gown. Red is really her color — and her skin and hair look absolutely flawless. 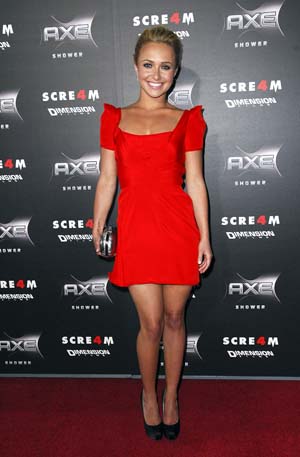 Courteney Cox might have reunited with estranged husband David Arquette on the red carpet, but her black lace dress by Vivienne Westwood stole the show. Cox looked incredible, but she might want to lay off the spray tan for the next premiere. 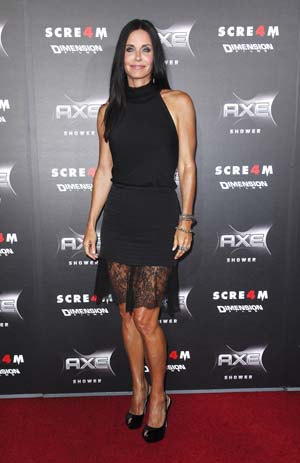 We like Kristen Bell’s royal blue Vanessa Bruno dress, but something about it is a little..off. It’s a little frumpy and ill-fitting. We’re not really digging the shoes, either. 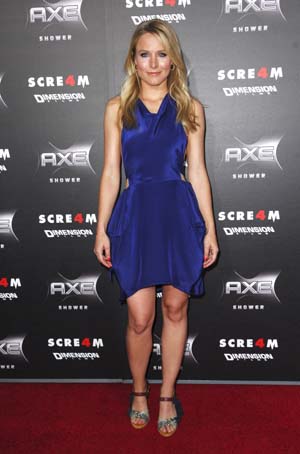 Oh no, Shenae. This whole thing just isn’t working, at all. The top would be Ok by itself, but the top + skirt clashes. Plus, the parachute-type skirt is too short for its puff-factor. We do like the shoes, though. Oh, and what is that little mark under her eye? Some are claiming it’s a tiny heart-shaped tattoo. Who gets a tattoo on their face willingly?! 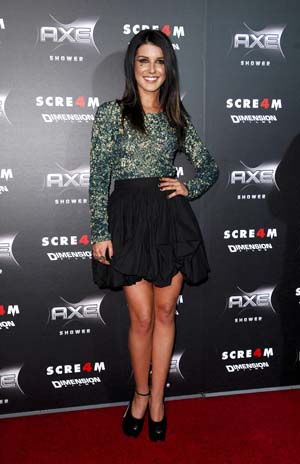 Pretty Little Liars star Lucy Hale won our pick for the best outfit of the night. The long slit in the front takes the little black dress from ho hum to incredibly sexy. We’re not feeling the silvery-streaked shoes, though. 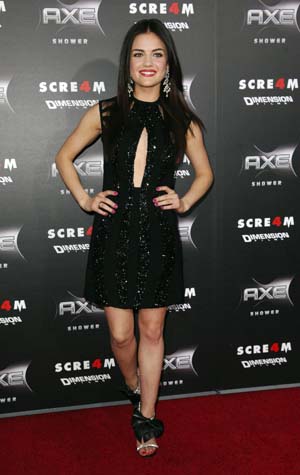 What Scream 4 red carpet look did you like the best?