A reporter was denied access to the men’s locker room this weekend at The Master’s golf tournament. Sadly, you won’t be surprised why. 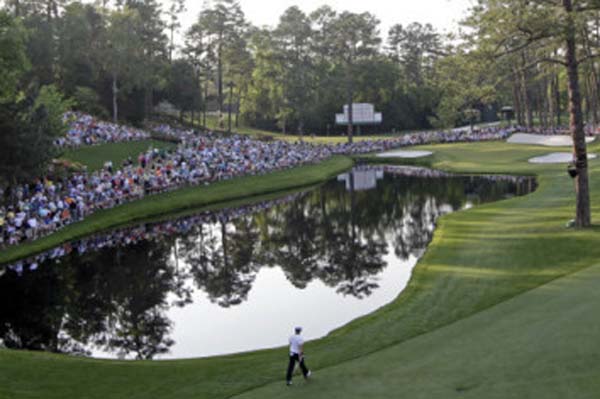 There’s another controversy surrounding a female reporter and male locker rooms, but this time it’s not about what went on inside the locker room.

Tara Sullivan, a columnist for the Bergen (N.J.) Record, was denied access to the locker rooms at The Master’s golf tournament in Augusta, Ga. this weekend. Why? Because she’s a woman.

However, it turns out that it might be a misunderstanding.

“I was told that is not the policy of Augusta National [to deny women access],” Sullivan said later. Nearly a dozen men were allowed access to the player’s locker rooms afterward to interview golfer Rory McIlroy. She said two security staffers – one a woman – told her that women weren’t allowed to enter male locker rooms at any time.

Sullivan said she tried to interview McIlroy outside, but he didn’t stop. Instead, she followed a pack of reporters into the locker room.

“I didn’t create any problems at all. There weren’t any officials there. This was a security person, it’s not her policy. So I went outside,” Sullivan said. This wasn’t her first time to Augusta – she’s covered the tournament four times in the past.

“It was a complete misunderstanding by the tournament week security and [I] should have rightfully been given access per the standard practices of major sporting events,” Sullivan said after she had a meeting with a Master’s media organizer.

This makes us angry. As women, we’re constantly trying to gain equal access and opportunities as men have, especially in competitive fields like journalism. Intentional or not, this seems like a slap in the face to female reporters everywhere. Sullivan, like all female reporters, is a professional – and she should always be treated like one.

Do you feel like you hit that preverbial glass ceiling in your field, thanks to gender bias? How do you deal with it – and what tips can you give other women that face the same hurdles?

Are you ready to own a business?
Career advice and interview tips
3 Ways to take over your career