Virgin Airlines founder Sir Richard Branson just introduced the first one-man submarine that can travel to the deepest parts of the ocean. Is really deep sea travel a reality now? 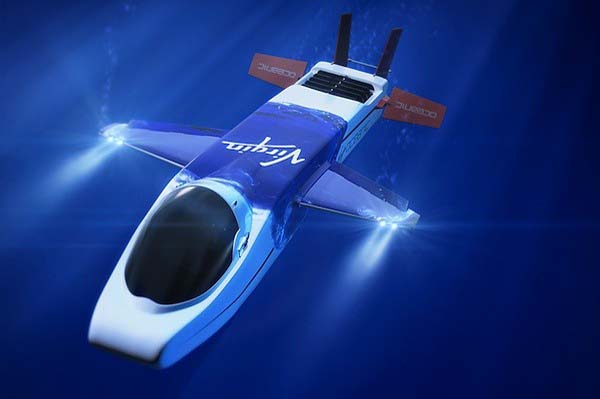 Branson unveiled plans to launch his one-man submarine – the Virgin Oceanic – with the goal of taking it to give points at the bottom of the sea.

“What if I were to tell you about a planet, inhabited by ‘intelligent’ beings that had, in the 21st Century, physically explored 0 percent of its deepest points and mapped only 3 percent of its oceans by unmanned craft, when 70 percent of that planet’s surface was made up of water,” Branson wrote on his blog Tuesday. “Then I tried to convince you that only 10 percent of the life forms inhabiting that unknown world, are known to those on the surface – you’d think I’d fallen asleep watching the latest sci-fi blockbuster! Then you discover that planet is Earth…”

Branson will pilot the craft to the deepest point of the ocean to help scientists “understand our eco system and raise awareness of the challenges facing our Oceans,” Branson said in a statement.

Ultimately, it’s said that the deep-sea vessel will allow us normal people to travel down the ocean’s depths.

We love the idea – and we think Branson is the only person that can really make it work.

Watch the Virgin Oceanic in action

Would you ever travel to the bottom of the ocean in a one-man submarine?