Sadly, hunger is a growing epidemic in America. According to a recent national hunger survey, 24% of Americans are concerned about having enough money to put food on the table in the next year. Though those numbers are staggering, many people are unaware of how serious hunger is in their own communities. 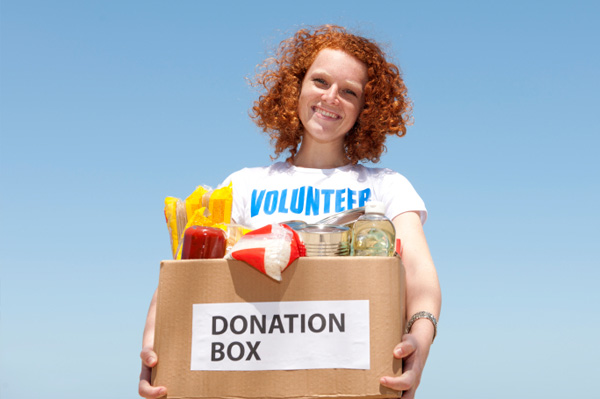 Tyson Foods has been committed to hunger relief efforts for more than 10 years through various operations and events. Early in 2011, the company initiated their KNOW Hunger campaign to increase awareness and encourage community involvement to help stop hunger in our country. During the month of March, Tyson will donate one million pounds of boneless, skinless chicken breasts to food banks across the United States.

As part of the initiative, Tyson teamed up with the Food Research and Action Center (FRAC) to commission one of the largest and most comprehensive surveys ever conducted concerning the attitudes and perceptions of hunger. A key finding from the research is that one in four Americans is concerned about being able to afford food at some point in the next year

Other survey findings include:

Visit the Tyson Hunger Relief website to learn more about Tyson Foods KNOW Hunger campaign and find out how you can help stop hunger in America by assisting in your own community.

Every year, the Feeding America Network provides food to more than 37 million people facing hunger in the U.S. This includes more than 14 million children. Feeding America works with a network of over 200 local member food banks to secure food, acquire funding, distribute food, share knowledge, encourage the government and inspire people like you and me to get involved.

You can take action to help stop hunger in the United States in a variety of ways. Local food banks and other hunger organizations can always use donations and volunteers. However, you can do more by advocating for the hungry in your community. Call or send a letter to your elected officials about hunger issues. Talk with friends and co-workers about the hunger epidemic and organize local events to help those in need. Visit feedingamerica.org and hungeractioncenter.org to learn more about how you can donate, volunteer or become an advocate.

Plant a Row for the Hungry (PAR)

Launched in 1995, Plant A Row is a nationwide public service program sponsored by the Garden Writers Association, where garden writers encourage their readers/listeners to plant an extra row of produce every year and donate the surplus food to local organizations in need. With over 80 million households in the country with a yard or garden in America, if every gardener would plant an extra row, it would make a significant difference to food banks, soup kitchens and service organizations to help feed the hungry.

It doesn’t take much room to start a fruit and vegetable garden, and you’d be surprised how much food you can produce. Young children can even help out with gardening and it’s a great way to teach them about helping those who are less fortunate.

With a little time and effort, all of us can contribute to hunger relief organizations in our own communities as we strive to stop hunger across the United States.