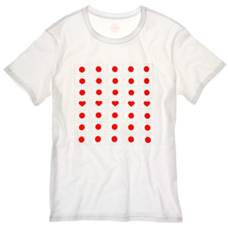 Designer Tory Burch is known for her super-cute flats and feminine clothes, but now she’s using her creativity to help the people affected by the Japan earthquake and tsunami.

Burch is selling a specially designed t-shirt via the membership-only website Rue-La-La from now until March 27. All proceeds from the $29 heart tee will go to the American Red Cross for the organization’s efforts in Japan.

“Our hearts are breaking for our family, friends and the millions in Japan and around the world affected by this devastating disaster,” Burch said. “We want to do whatever we can to help this strong, resilient country.”

Which other designers are raising money for Japan?

Jewelry designer Alexis Bittar is donating all proceeds from online sales (until March 25) to Catholic Services of Japan. All of today’s in-store retail sales will also be donated to Japan relief efforts.

Designer Rebecca Minkoff is donating $100 from every red handbag sold on her official website to the American Red Cross. 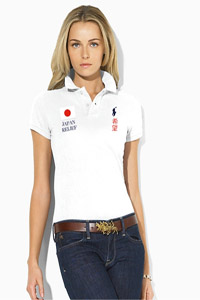 Ralph Lauren is offering a specially designed polo shirt and will donate 100 percent of the sales to the Central Community Chest of Japan, a branch of the United Way.

The fashion retail company is sending 100,000 articles of clothing to the Japan Red Cross.

And of course, Lady Gaga designed $5 wristbands — available on her website — with all of the proceeds going toward Japan relief efforts.

How are you helping Japan earthquake victims: directly or through one of your fave designers?