Not to be a buzz kill, but yes, celebrities can have a bad hair day. And for some, like Lady Gaga, these bad hair days are becoming a losing battle against the brush. Literally. All that bleaching, dying, weaving and styling is making her lose her hair. This got us thinking, what other celebs are going thin on top, too?

Just a little off the top, please

We spilled the beans a bit back on Lady Gaga’s style regime and diclosed what she does to stay young and gorgeous (in case you missed it, it’s mainly Ivory soap!) But, there were some things she couldn’t do to save her hair. Gaga recently told People magazine that she occasionally must “get a chemical haircut because my blond hair is falling out,” saying that her hectic lifestyle has been wrecking irreversible havoc.

And she’s not the only one. These other Hollywood hotties are also fighting a losing battle against their locks.

It’s unbeweavable that such a rich, stylish and utterly gorgeous actress wouldn’t get that under control, stat! 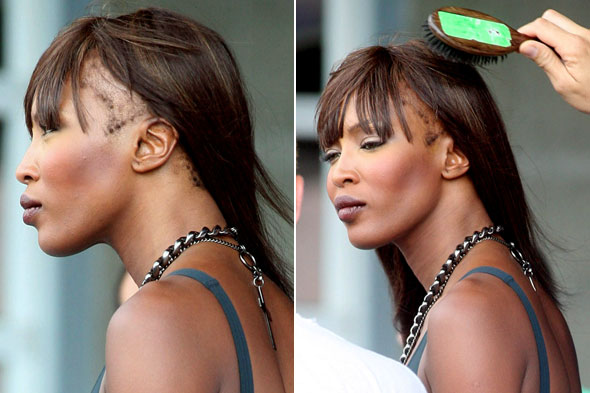 During a photo shoot last year, the supermodel showed us a little too much skin. 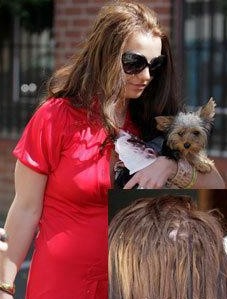 This time, going bald wasn’t by choice. (We hope.) 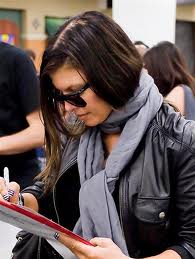 Maybe try a side part next time, no?

Is there a hair club for women?

You’d think that these celebs would have a team of scientists, doctors and hairdressers on staff to save their tortured tresses. No woman wants to lose her hair! According to studies, 98% percent of hair loss has to do with genetics and one in four women in the U.S. have female-pattern hair loss.

See, celebrities are people too!

If all else fails, they can start doing hair loss commercials as a second career.