The always entertaining and super sexy Britney Spears is gearing up for a week of live appearances and surprise (yay!) performances to promote the release of her seventh album, Femme Fatale.

Hit Us Britney one more time! 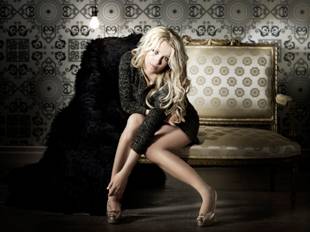 First of all, how apropes is the title of Britney Spears‘ new album, Femme Fatale? The former teen idol has sure made it through some seriously sticky situations over the past couple of years.

So what’s on the menu for Spears’ special performaces?

First off is a special performance on ABC’s Good Morning America from San Fran’s historic Castro district, which will air on March 29th.

The pop princess is then slated to make several appearances on The Ellen DeGeneres Show and MTV, who is staging a Britney take-over day on March 29th to support the release of Femme Fatale.

Lastly, Britney will be participating on Nickelodeon’s Kid’s Choice Awards on April 2nd. Hmm… a little racy for the little tykes, but hey, she was a kid once, too!

On top of that, Britney is shooting a video for her latest song, Till The World Ends.

And you thought your week was packed! It seems this mom of two is making a comeback unlike any other. And she looks gorgeous doing it.

For more on Britney Spears

3 hrs ago
by Kiki Waldorf