Hailee Steinfeld is quickly emerging as one of young Hollywood’s fastest rising stars and fashion icon. With her chic, flirty, yet totally age-appropriate looks, this True Grit girl has truly admirable fashion sense. 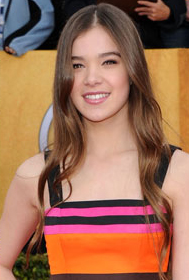 From True Grit to true glam

With awards season finally at and end, it’s time to look back on the celebrities who really turned heads on the red carpet. Some for better, some for worse, Hollywood always gives its fans something to talk about.

Emerging from out of nowhere is young Hollywood starlet Hailee Steinfeld, who proved to the world that even though she’s only 14, has an unmatched style.

Take a look back at her red carpet styles and you’ll see that this little gunslinger is sure to be a fashion force to reckoned with in the coming years.

The fashion icon in the making wore a fitted Prada mermaid dress with bold orange and pink stripes and flashed bubble-gum pink nails.

According to The Daily Beast:

“When it originally came from Prada, the dress was strapless, but her stylist added thin black straps to make it more age-appropriate. Steinfeld was a red carpet double-whammy: both fashion-forward and every bit her age.”

Steinfeld shines at the 2011 Golden Globes 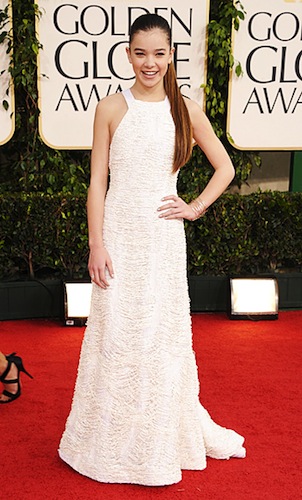 Hailee Steinfeld looked as cute as button at the Golden Globes when she walked the red carpet in a Prabal Gurung dress, Amanda Pearl clutch, Ferragamo shoes, and Tiffany & Co. jewels.

Hailee’s dress at the 2011 Academy Awards 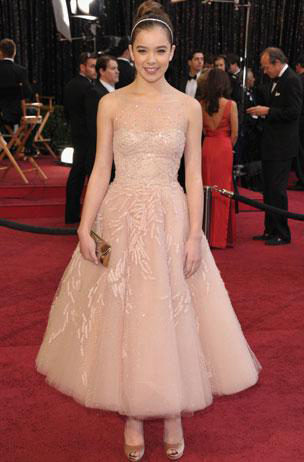 But it was the Academy Awards where Hailee’s style really came ful circle. She looked absolutely stunning in a custom made Marcesa, pale tea-length style gown with beautiful beading, minimal jewelry, a simple Ferragamo clutch and a girlish headband

All in all, it was one heck of year for this little fashionista. We can’t wait to see what she wrangles up next year!