Steve Jobs made the much-anticipated iPad 2 announcement Wednesday morning in San Francisco. What will the new version of the popular device include? 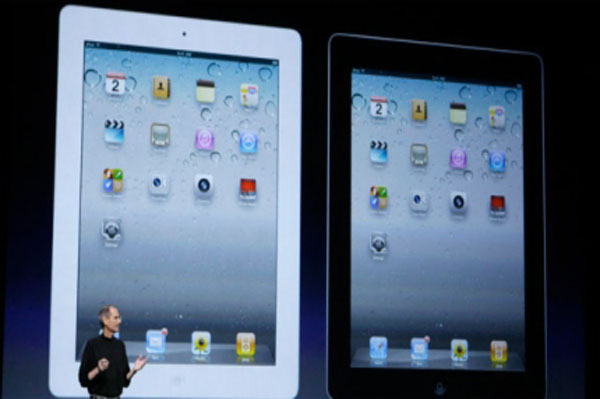 Steve Jobs came out of his self-imposed leave of absence to make the iPad 2 announcement Wednesday morning.

“So what’s new?” Jobs asked to the applauding audience. “It’s an all-new design.”

iPad 2: All the details

Jobs said the iPad 2 will go on sale on March 11 and have new features missing from the first version of the iPad.

Among the new specifications?

“Teachers want to hook iPads up to their flatscreens in the classrooms,” Jobs said. “And you can even charge the iPad while you’re using it.”

Jobs also commented on the price structure during the iPad 2 announcement — it’ll stay the same as the current iPad.

Jobs looked a bit thinner than usual — adding to the speculation about his health. But, Jobs said, he wouldn’t miss the iPad 2 announcement.

“We’ve been working on this project for a while and I didn’t want to miss this,” he said.

Will you get the iPad 2 or stick with the first iPad?

More on the iPad

6 hrs ago
by Kelsey Mulvey