Kim, Kourtney and Khloe Kardashian are set to bring their style to a Sears near you with their Kardashian Kollection. Will you buy it? 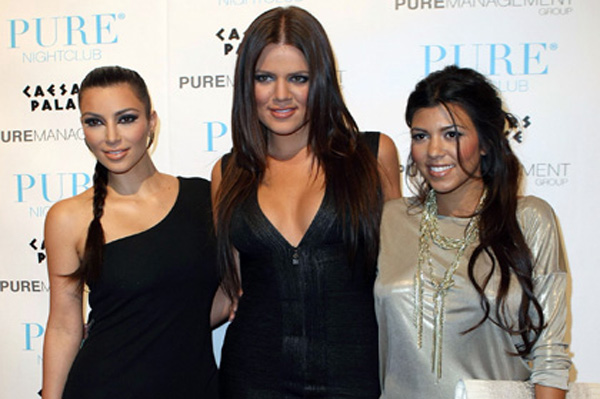 The Kardashian sisters continue on their path to world domination with the introduction of the Kardashian Kollection for Sears.

The collection will be released exclusively to 400 Sears stores, according to Women’s Wear Daily. The line will include everything from apparel to accessories and even lingerie.

“We love Sears. There is a Sears right near our house,” Kourtney Kardashian said. “It’s such a great store that is part of America’s retail history.”

The truth? They’re likely getting a pretty sizable cut on the deal. We can’t hate on them for making money, though.

“Not only do they have locations nationwide, but we recognize that Sears will allow us to reach multi-generations of fans and people who are interested in fabulous clothing at affordable prices,” Khloe Kardashian added.

It’ll likely be a big seller for Sears and the sisters, if Jessica Simpson’s line is any indication. Simpson’s clothes, shoes and handbags are set to pass the billion dollar mark.

The Kardashian Kollection will go on sale at Sears in August, according to US Weekly.

Will you buy clothes from the Kardashian Kollection?

Check out even more of your favorite celebrities’ style>>

How to Get Better Hair & Skin — While You Sleep

3 hrs ago
by Leah Faye Cooper