Our worst nightmare happened on a NYC subway last week: a rat crawled on a man’s face. Ick! Read on to learn more about this really unfortunate incident. 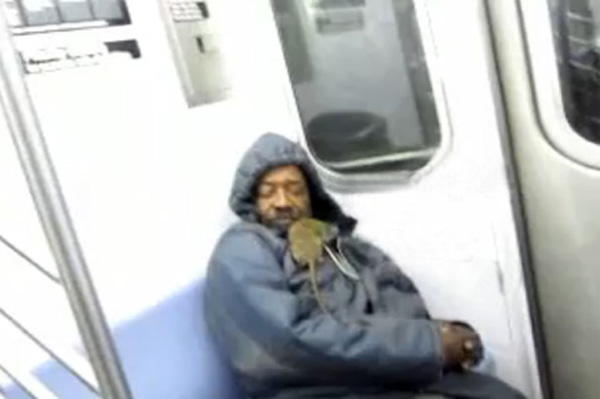 Still reading? OK, we warned you.

New York City is many things – magical, crowded – and full of rats. Seriously, spend any time in Manhattan or the outer boroughs and you’re bound to encounter a few of the gross little creatures. Live in NYC long enough and you get used to them.

That said, we’ll never get used to the idea of sharing a subway car with a rat. However, that’s exactly what happened to a few early-morning straphangers riding a train in Brooklyn last week. A rat made its way aboard a train and terrorized a few passengers by scampering around and eventually crawling on a sleeping man’s face.

See, told you it was gross.

Of course, someone recorded this incident and now it’s all over the web. He’s even cashing in on the viral popularity by selling a t-shirt of the unfortunate incident. Watch for yourself, if you dare.

Watch the confident rat on the subway

What would you do if this happened to you?

Heidi the cross-eye Opossum is a star in Germany
Arkansas falling birds died from trauma
Why do snakes use their tongues?